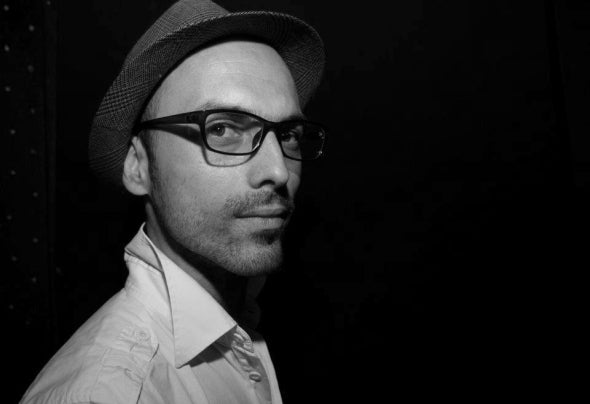 Mustafa Kajan known as Mr. Muky was born in 1980 in Mostar. He spent five wonderful years in Mainz, Germany, where he discovered his passion and developed a deep and personal interest in electronic music. After returning to Bosnia and Herzegovina, he had his first contact with DJ-ing, at a DJ workshop in Pavarotti Music Centre in Mostar in 1998, organized by DJs from Great Britain. Soon after he completed the workshop and started performing with his DJ friends in clubs and open-air free Techno parties in Mostar, where he, in turn, gained the necessary experience in DJ-ing. In 2007 he wrote and implemented a project focused on supporting electronic music production and DJ-ing in Mostar. The project was supported by Pro Helvetia office in BiH, after which a working space and equipment for DJs was secured for further use. As a result of the project, he also organized numerous parties in Mostar and became a resident DJ from 2008 to 2013 at Youth Cultural Center Abrasevic (NGO) Mostar, where he spent a lot of time working in a small DJ studio. He had many performances in the local area which were very well attended, among the events which he created and organized, the ones that stand out are: Electronic Madness (Rave Souls Reunion) 2012 Mostar, Open-Air Kantarevac Summer 2009 Mostar and Elektrana 02 Mostar which were very successful. He was the creator and host of an electronic music radio show, S.F.T. Sound Factory Trip, on AbrasMedia Radio (internet radio). The aim of the show was to present DJs and Producers from BiH and abroad and also to provide Mostar with a proper electronic music radio station. Radio show went online in 2010. Apart frompreviously mentioned projects he also worked part time at AbrasMedia info web portal. He now lives between Berlin and Mostar working on new projects.