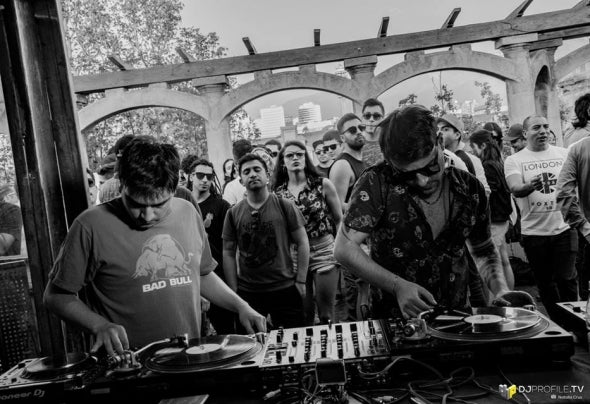 Area51 is the union of two friends, which brings together the music.On the one hand there is Camilo Gil (Weird.Ltd - Trax Chicago), and his thousand battles partner Rodrigo Valdivia, head of the series of one of the most important projects of the Chilean undergreound as CIGARRA.FM, as Camilo is of RTS .FM.Together and in short production time has been signed by one of the most important and emblematic labels in Europe as it is CADENZA, and with a remix of the artists surpassed by minimal Techno as Alexi Delano.Together and as defenders of the vinyl have been presented along with Djs as Cabanne. Daze Maxim - Juan Atkins - Daniel Bell - Milke Shannon - Apollonia and Brett Johnson.Lovers of methodical work, of love of music before fashion, and d have the obligation to create electronic culture in their country, which led them to travel South America with their music and productions.