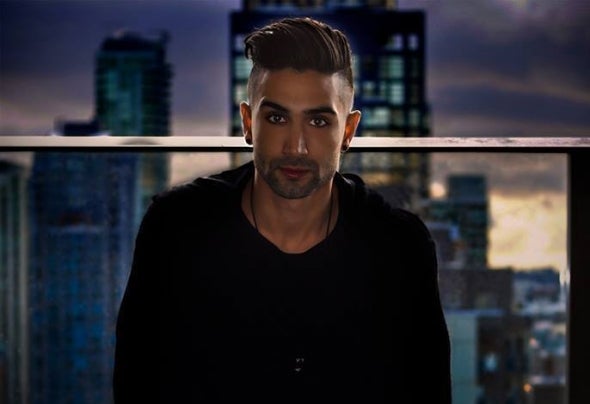 Soblazn Music/ Whoyostro/ Clonk Records / MUT/ RF ADNAN’s natural connection to music not only dates back to the early years, but has prevailed across multiple landscapes - from his Algerian cultural beginnings, to the sophisticated scenes of France and far into the depths of the Canadian underground. Inuenced by tribal African beats and Gnawa music at a young age, Adnan developed an instant love for the percussive elements of music and made a seamless progression into drumming. Making gradual but big moves out west. Today, with over 8 years of mixing experience, he awlessly bridges his North African and Western inuences bringing a sound of his own to the decks. Finding his musical sweet spot on the borderline of mirco house and minimal , you can expect Adnan's sets to be packed with percussive elements, consistent grooves, dark basslines and a touch of soul carried through his vocals. He can be found pleasing his crowds at Western Canada’s top afterhours, Gorgomish, while making additional appearances as Celebrities Underground, MIA, ANZA and more pop up parties of the Vancouver underground scene and abroad ( New York -Atlanta -Boston -Mexico -Costa Rica ..ect) Whenever you catch him, you can be sure to pick up on his careful attention to his crowd, his thoughtful selections, gradual set progressions and the underlying stories he conveys through the speakers. With several releases during the last 2 years he is now committed more to production, he has committed even further to crafting and releasing the same sounds he admires. Adnan is looking forward to delivering his music to crowds outside his Vancouver home. With his unstoppable desire to continue learning and evolving, there are truly no doubts Adnan will carry his passion and sound to even more destinations in the world.