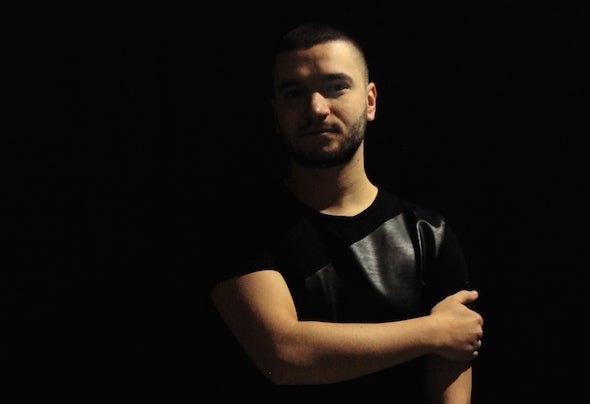 Fabio Ferro was born in Salerno on May 28th, 1991. At the age of 13 he starts his approach with music and becomes familiar with the console, vinyls and cds are his bread and butter. Stubborn, accurate and dedicated to what delivers fun, he creates his own way as a dj into the local music scene by playing as “Guest Talent DJ” in the best locations of the night movement. At the age of 16 he decides to call it quits with simple house music influences which have followed him since the beginning and he takes the road of techno music, deciding at 18 to move to Milan in order to attend SAE Institute and gain more experience. There, he achieves the title of Electronic Music Producer. In 2011/2012 he is the resident dj c/o clubs of the caliber of Doom Club and DolceVita (both in the province of Salerno). Meanwhile, he has the opportunity to play with many international-value djs like Joseph Capriati, Loco Dice, Speedy J, DJ Simi, Rino Cerrone, Paul Ritch and more. Actually he is exclusive resident dj in the Familia party at Egg (London), playing alongside djs like Cristian Varela, Ilario Alicante, Wally Lopez, Mark Reeve, Markantonio. He also performs as a Guest dj in Europe c/o Bitacora and Espectro (Valladolid) , The Wood (Bruxelles) and Morlox (Berlin). His tracks vary from deep house to techno and they have been played and supported by numerous top djs the likes of Marco Carola, Nicole Moudaber, Richie Hawtin, Paco Osuna, UMEK, Dj Rush, Sebastien Leger, Riva Starr and many others.