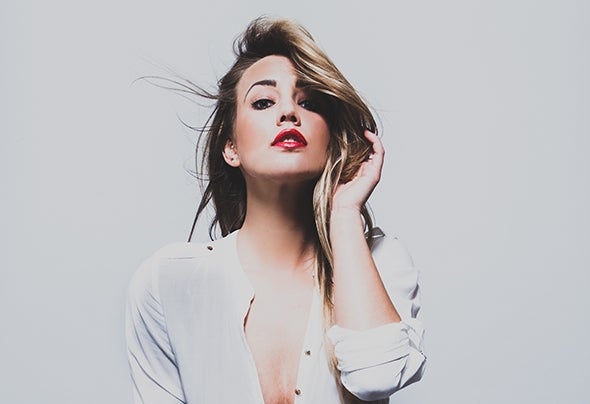 Kim Kaos is Holland's newest upcoming Dutch DJ talent.  Growing up in one of Holland's most important Dance cities, Rotterdam, she got infected with House Music at a very young age. She studied classical piano for several years, until the day she saw and heard Housequake's Roog & Erick E perform. From that moment on, she decided to dedicate herself to learning the craft of DJ-ing. Not only did the music intrigue her, but also the craft and the art of DJ-ing and producing. Months and months of practicing resulted in her rst DJ gig at one of Rotterdam's oldest and well known dance events, METZ.  Her musicality and enthusiasm made her very popular, which then resulted in other gigs at different venues and events in Holland. She performed at Club NL and Escape Amsterdam; Next Feel The Sound, Breda; BC Bloomingdale; Geheime Liefde Festival, Utrecht; Broodroosterfeest, Rotterdam and many many more. She has also shared the stage with artists like Low Steppa (UK), Roger Sanchez (US), Mark Knight (UK), Tough Love (UK), Flashmob (ITA), Roog, Erick E, Funkerman, Benny Rodrigues, La Fuente, Luuk v. Dijk, Dennis Ouin and Rene Amesz, to name but a few. Her sets are a blend of Deep, Uplifting and Techy House vibes,  with a solid understanding of good quality House Music. She worked hard in the studio getting ready to make her debut as a producer. Kim is already showing signs of becoming a highly unique artist, who will be a real asset to the Dutch and International House scene!