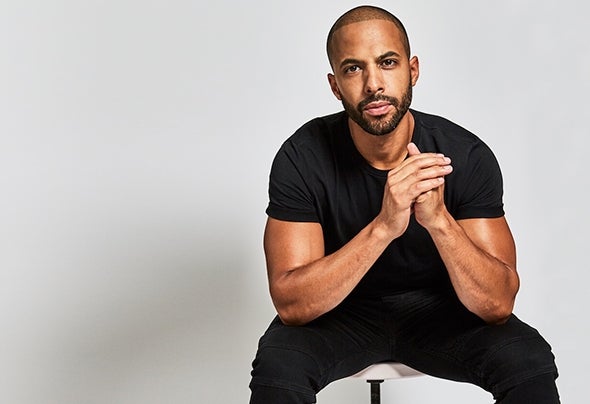 DJ, producer, and broadcaster Marvin Humes has experienced staggering success over his fourteen year career. Born and raised in South London, Marvin’s fascination with music started from an early age. After being influenced by the likes of Todd Terry, Frankie Knuckles and Masters at Work, his father, who was a DJ, gave him the chance to play regular support slots at his own shows.Marvin has played a series of sets in Ibiza this summer, playing Tinie Tempah’s Disturbing Ibiza Residency at Ushuaia, Craig David’s TS5 at Ibiza Rocks and Mambo Brothers’ brand new ‘Hï Sundays!’ residency at the newly launched Hï Ibiza. Marvin has expanded his reach on the island since holding the residency for Martin Solveig’s My House last summer but still made time to revisit Pacha to play Bob Sinclar’s Paris By Night.Hosting ‘Ibiza lives on Capital’ for Capital FM, Marvin has worked with some of the biggest names in the industry, interviewing the likes of David Guetta, and Martin Garrix, and performing b2b sets with Jonas Blue, Sigma, and Sigala. Away from the White Isle, Marvin has also performed in Las Vegas with Major Lazer DJ and producer, Diplo.Closer to home, he headlined the XCLSV stage at We Are FSTVL back in May, Lovebox for Mixmag in July and all whilst continuing to host his own radio show on Capital FM. Playing the late night slot midweek on the station he serves as the show’s tastemaker, introducing fresh new dance music to his audience.