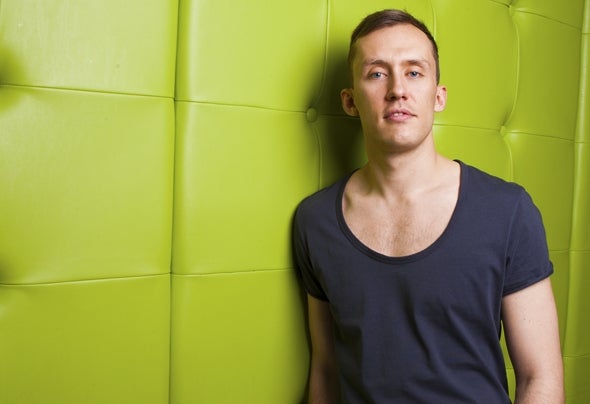 At the forefront of the electronic music scene for over fifteen years Pete Griffiths has become a household name to Music fans worldwide, Firmly established as one of Toolroom’s elite squad he continues to make waves with his DJ sets & productions regularly topping the charts and playing to packed out clubs & festivals worldwide.Tracks like ‘Pandora’ ‘Filtered’ ‘Going Under’ & ‘Speak The Secret’ were all a mainstay in the Beatport charts with ‘Filtered’ sitting pretty in the illustrious Top Ten for over 6 weeks. Pete has also enjoyed success Mixing the famous Toolroom Miami & Ibiza series regularly entering the album chart on iTunes each season.Travelling the globe Pete’s consistency and ability to work any crowd has built him a dedicated following wherever he plays, his energetic sound and enthusiasm behind the decks shines through with his technical wizardry captivating the dance floor. Supporting many of the worlds finest DJs & artists on the Toolroom Knights tours Pete is also regularly DJ’ing alongside Mark Knight, Funkagenda, D.Ramirez, Sander Van Doorn, Fedde le Grand & more. With a London residency at the world famous Ministry Of Sound and regular gigs across the globe Pete Griffiths continues to rise through the ranks of the industries elite.Pete’s dedication to Toolroom Records is a tribute to his character. From its HQ in Maidstone, Kent, Toolroom Records sets the standard as one of the most respected dance labels in the World, arriving in 2003 with a focus on fresh, world-class talent and cutting-edge music; Label Manager and A&R at the label Pete utilizes his knowledge of music and understanding of the industry to keep the standard high and Toolroom as one of the strongest independent record labels in the world.Another chapter in both Pete & Toolroom’s story is the launch of Toolroom TV, a dedicated show to dance music and all things Toolroom that has gained an audience of over 1 million viewers already! Presented by Pete he is regularly interviewing some of the world’s most famous names in dance including Carl Cox, Paul Oakenfold, David Guetta & more, be sure to tune in and check it out.