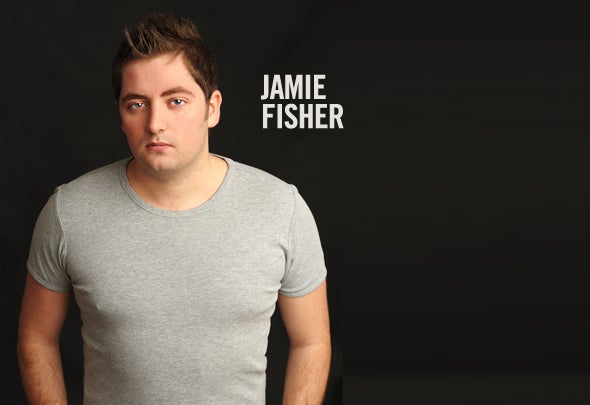 As a 10-year-old child listening to German techno, acid rave and Dutch trance the writing was pretty much on the wall for young electronic music fan, Jamie Fisher ... Having made himself familiar with decks at the tender age of 13, the ensuing years of practise paid off when he was given a residency at a Doncaster warehouse party at the age of 17. As is natural nowadays for any aspiring DJ, Jamie also set to work making his own records whilst continuing to DJ alongside some of the scene’s biggest players. Several releases later, and after countless gigs around Yorkshire, as well as at his own night ‘Jump’ in Sheffield, residencies at ‘Luvbug’ alongside Graeme Park and Alistair Whitehead followed, as did slots at Leeds’ long running after party sensation Glasshouse. Experience, then, he has by the sack full... but that’s not the end of it. To further submerse himself in the music he so loves, Jamie gained experience working as a record buyer and then decided to go it alone, setting up his own record label ‘High Voltage Records’ on which he released his single ‘Just Be Good To Me’ which swiftly became number 2 on the DMC World Music Chart. Things were starting to go global… With the set up of his second record label, a more underground venture ‘Full Circuit Records’, a signing to Chicago record label ‘Movement Music’ and a top 10 Beatport track ‘Coming on Strong’ all in the recent past, Jamie is swiftly becoming an established member of the global music fraternity with massive support from the likes of Robbie Rivera and the Swedish House Mafia. Guest mixes followed on radio shows such as Stephan M’s ‘Made in Miami’ and Riley and Durant’s slot on Galaxy FM and, in 2008, Jamie was label manager of ‘Control Freq Records’ taking care of such artists as Filthy Rich, Micky Slim and Rob Tissera. Last year’s track for Ministry of Sound hit the Beatport top 20 and helped Jamie secure a residency at Boyd’s night club in Gibraltar and Jamie now works with Jerry Ropero and his label (Interlabel-Music) as well as with electro master D.O.N.S and his uber cool kingdom Kome Cuts, and with underground US label Ultra. The future, then, is surely bright for this house talent having out in so much leg work, having risen so admirably through the ranks. With a solo mix album compilation forthcoming for Ministry of Sound, an appearance on Radio One Greece, and the finishing touches to his debut all going to happen in the next few months, they’re set to be busy but fruitful times. In the meantime, catch him on his forthcoming tour of Asia, or get a slice of his sound via of his soon to be released singles on any one of his arsenal of record labels.