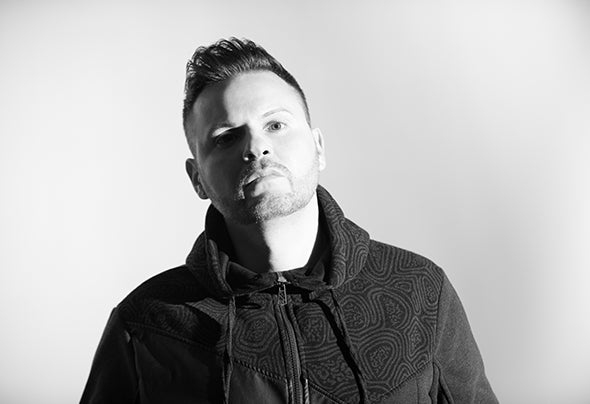 Flipside, the voice of the underground. The Juno nominated producer/songwriter/DJ is a trailblazer who continues to define his own unique sound through his production, record labels, captivating flows, and DJ sets. Flipside’s career spans 2 plus decades and he remains one of the bright lights and cutting edge talents to come out of Toronto, Canada, a hotbed for music and internationally respected talents. With recent Top Ten smashes on Lowsteppa’s - Simma Black and Nicky Romero’s mammoth Protocol Recordings, a talent as unique as Flipside’s is a rare occurrence in today’s cookie cutter dance music landscape. His timber and chameleon vocal abilities have crafted hits for stars from Deadmau5, Roger Sanchez, Coone, Wolfgang Gartner, Stadium X, Matteo Di Marr, Carlo Lio, Golf Clap, Going Deeper, Bart B More, Krafty Kuts, E-Clyps, MDE, Funkagenda,Kurd Maverick, and so many more. The Flipside sound has also led to recent deals with Billy Kenny's imprint, This Ain't Bristol, and a forthcoming single on the iconic and legendary electronic/hip hop label Tommy Boy Records, further cementing his status as one of the most consistent and top songwriters in electronic music today. His DJ sets have provided classic albums such as the Trippin series, Sound of the Underground, Proper Beats in the Mix, among others. His production abilities have seen his sound bless labels such as Toolroom, In Stereo, Love and Other, Farriswheel, Phoenix, Black Hole, Sony, and his own imprints Proper Beats and DBR. If this wasn’t enough, his hip hop a.k.a. MIC Perri, has seen him collab with Royce Da 5’9, Jojo Pellegrino, and the late Disco D, who produced the seminal 50 Cent cut - Ski Mask Way! His unique flow and melodies have topped charts on Itunes, Beatport, Traxsource, etc peaking at number one, while cracking the Top 100, 50, and overall top 10 multiple times. Consistency and a fanatical attention to verbal weaponry keep Flipside's sound timeless and truly his own.