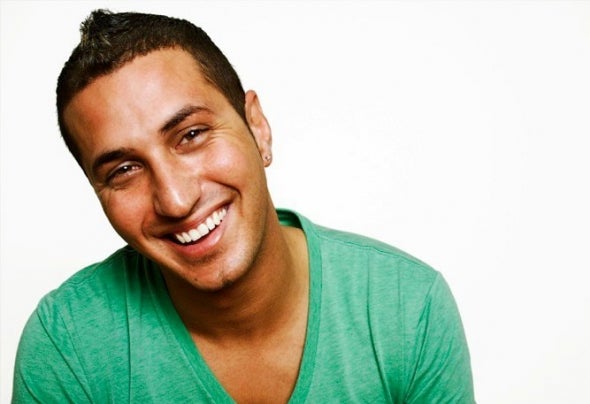 JayforceThe Sound Of Gravity...Spinning a unique blend of Tech house and house music, Jayforce is known for his energetic sets and for being a "performer". With his flawless mixing style, his remarkable looping technique and ability to play for any type of crowd or event, Jayforce has a versatile sound that can not be imitated.Jayforce hit the DJ scene at the early age of 18 and went on to become one of the youngest most successful dj's in Toronto.He was the winner of the first ever DJ contest in Toronto held at Film Lounge.Jayforce was also nominated for "Best Electronic DJ" at the first ever Toronto DJ Festival Awards at the age of 19.He's played every venue in Toronto, headlined at events in all across Canada and in the United States, He's held residencies at some of the best venues in Toronto such as The Guvernment, Glam Boutique, Touch, Pulse, Club 338, Crystal room, Film lounge, Dream, Beba lounge, Mink, Avalon, T his Is London, T he Comfort Z one, Footwork and Club 246 Radio.Jayforce was added to the roster at “The Guvernment” in 2006 and is blessed to play at the largest event in Canada called “LABOUR OF LOVE” which holds 10000 party go-ers every year!He is currently a resident at The Guvernment, The Comfort Zone and Footwork.He has dj'd with the likes of Danny Tennaglia, Steve Lawler, Steve Angello, Sebastian Ingrosso, Laidback Luke, Tocadisco, Crookers, Dubfire, Sharam, Charles Feelgood, Armin Van Buuren, Markus Schulz, Sander Van Dorn and Hatiras (just to name a few)His DJ mix compilations such as "Gloryhole", “ Open Your Mind”, “R.A.W”, "Thank You", "Body Rockin", “Inspired By Miami” and “Lights Camera Action” are the likes of what Jayforce has been known for. In 2007 Jayforce has made a name for himself in an enormous way not only as a DJ but as an artist as well. He has been Colaborating with several artists around the city and across the globe, remixing and writing all his own productions.In 2008 his production SKETCH made the cut to CANADA'S FINEST HOUSE mix compilation.He has been featured in " THE DJ SPOTLIGHT" for Eye Weekly Magazine, Uncharted Sounds and was featured on Rogers TV in the 6 o'clock news.Jayforce has been making some noise in the electronic music scene across the globe. His single "Rhymes Delight" reached # 5 on the notorious BEAT PORT T OP 100. It has also been gaining some daytime radio airtime on Z103.5. Since then he has had a numerous amount of release's that have tearing up the BEATPORT CHART'S.Jayforce has also been signed to some of the world's finest labels such as MINISTRY OF SOUND, NERVOUS RECORDS, DBR RECORDS, CUBIC and EDEN RECORDS. His tracks have been garnering attention and being supported by the likes of CARL COX, FEDDE LE GRAND, DJ PP, DJ DAN, D. RAMIREZ , DONALD GLAUDE, ROGER SANCHEZ , DJ BAM BAM, SYDNEY SAMSON, LAZ Y RICH and Toronto's own DEKOZE.So what can we expect from Mr. Jayforce in the near future you ask? The sky is the limit as to where gravity will take him!