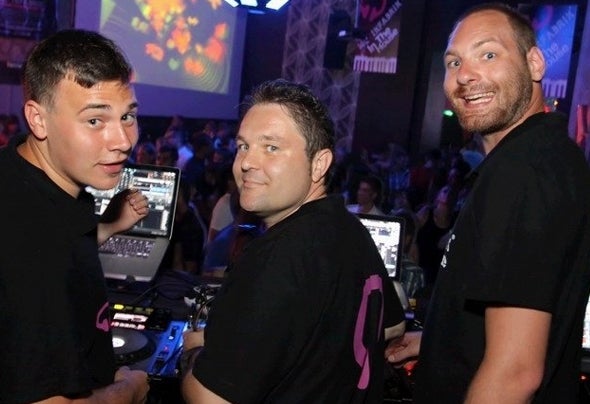 Muzifabrik was created in 2006 with the collaboration of producers: Andy Sole and c.Molle. The result is a studio, party promotions and booking agency that makes up the Muzikfabrik brand. Andy Sole and c.Molle have achieved a lot in their independent DJ careers. They both had residences at top nightclubs and reached exclusive DJ status at some of Hungary’s best EDM events. We can trace back the inspiration to their production to their musical roots. They were influenced by a wide range of musical genres from soul-funk to hip hop to New York’s underground house, which can be persistently heard in their production. However, Muzifabrik’s signature sound came to life when a young Hungarian producer from Romania by the name of Jetro joined the band. Jetro is now considered by some heavyweights as one of the shooting starts of house music.Muzifabrik’s priority was always to produce quality house music. With this goal in mind, the partnership has seen a rise in success in the past two years with releases on labels such as Housesession, Juicy, LIP, Nervous, Spinnin’, Sneakerz Music, Stereo, Toolroom, Urbana and Taylor Made. Muzikfabrik represents a new generation of Hungarian house music alongside their compatriots: Belocca, Lauer & Canard, Muzzaik, Mike Newmann and Soneec. Wit h t heir product ion being supported by the crème de la crème of the industry, things are getting exciting for Muzikfabrik.