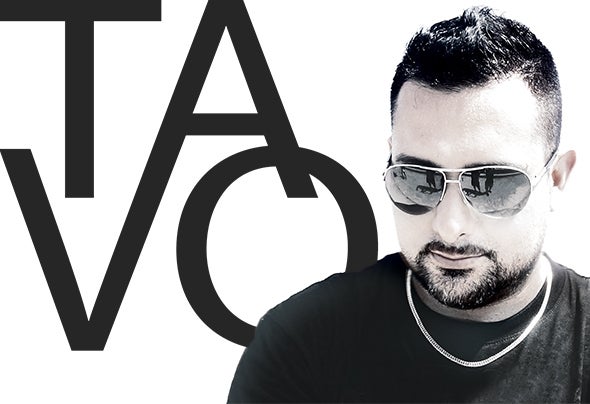 Tavo is the alter-ego of Colombian DJ/Producer Gustavo Sandoval who has been in the music industry for over two decades. His career started 21 years ago and is now stronger than ever with vast international experiences behind his decks.Tavo's international career bloomed in 1996 when he won a Guinness Book World Record for mixing music for 127.2’3” hours non-stop on a local Radio Station in Cali, Colombia. His extremely fluid and flawless mixing technique is the perfect balance between experience and innovation. With a unique ability to assess any crowd, Tavo is a star in the making who has created euphoria in the hearts and souls of clubbers in the Americas, Europe and Asia.As a producer, Tavo is a vanguard of the new digital generation, creating kinetic and potent tunes that are heavily influenced by Tech House, Latin Grooves and Electro Swing (Jackin House). His tracks have been lauded by influential artists such as Pete Tong, Richie Hawtin, Dave Seaman, Dubfire, Nick Fanciulli, DJ Chus, Audiojack, DJ Wady, David Jones, DJ PP, Lissat & Voltaxx, to name a few.Tavo's magical touch has been reaffirmed with several new remixes and requests for collaborations by the superstars of the industry and his tracks have been charted by the same people. Tavo's track, “Hollywood (Black & Tan)” has reached the top of the Beatport Top 100 and was nominated for “Best Electro Swing track of 2010”. TAVO was also nominated as Best DJ of the year in 2011 by the Walgram Music People Choice Awards.Today, Tavo enthusiastically embraces the challenge of being a master of the dance floor and THE Colombian ambassador of the Groovy Tech House & Electro Swing movement.