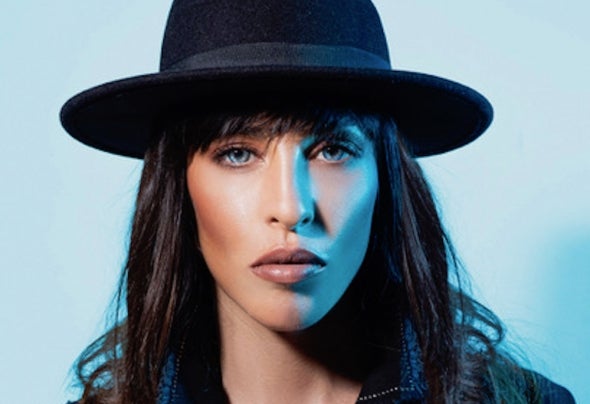 B Jones is considered by the public and the electronic music industry to be one of the most outstanding and charismatic Ambassadors of Ibiza. She is an Ibiza stronghold and festival maven that embodies the authentic spirit of the island.  Fastest rising artist in Spain Like no other, she has passion, charisma and a true connection with the crowd, which made her become the fastest rising artist in Spain. She has been the face of Pacha Ibiza ( 2013-15) and Brand Ambassador of Rum Barcelo. On top, her musical footprint is undeniably imprinted in the industry with her residencies at the 2 best clubs in the world : Ushuaïa Beach Club ( 2017,18 - Kygo) & Hï Ibiza (2017,18,19, 20 - Cream & F*** Im famous by David Guetta). Festival maven In 2020 B Jones will be the first Spanish artist in history performing MainStage of Tomorrowland. An achievement that is fueled by her rich festival history in her home country, Spain: Dreambeach festival, Alamos Beach Festival and Arona Summer Festival, just to name a few. Today, gracing line ups next to headliners like Tiësto (F1 - Abu Dhabi & Dreambeach ), Martin Garrix ( F1 - Abu Dhabi ), Dannic/ Kryder ( MOS ) or The Chainsmokers ( Ushuaïa ) is becoming common. She was also one of the headliners at UNITE WITH TOMORROWLAND LEBANON´18 alongside Laidback Luke & Borgeous. In 2019, B Jones jumped aboard the ELECTROLAND FESTIVAL in Disney Paris together with Jax Jones, Nicky Romero & Alesso. Ibiza track record In Ibiza, B Jones secured her position by being one of the support-act of Kygo at Ushuaia playing alongside Alan Walker, Don Diablo and Oliver Heldens. For 3 years (and counting) Club Hï Ibiza welcomed her every Sunday at Cream Ibiza, rotating the decks with Hardwell, Steve Angello, Diplo or Diego Miranda. Flash forward she is again invited by David Guetta on Fridays to be part of the F**IMF family in 2020. Released tracks & radio residencies That B Jones is a ‘busy bee’ is quite the understatement with many new tracks ready to burst onto the scene. Cherries on the cake are: another Remix for SJRM , a new Remix for Bruno Martini along her own productions like Runnin Through The Night ( Quattro Music ), Time is now ( Generation Smash – STH ) or Stays in Ibiza ( Sony Sp ) . Her podcasts “COME CLOSER TO IBIZA“ are also very in demand and are being broadcasted at more than 35 radio stations around the world as well as her Itunes Podcast http://bit.ly/BJonesItunesPodcast All the above mentioned supports an evident reality: B Jones holds a really important position in the future of the electronic music industry with her successful productions and her explosive upcoming tour calendar.