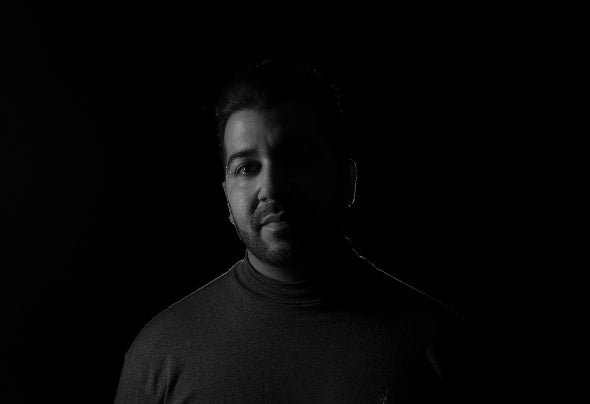 Born in cuba, Abel Suarez is a musician from head to toe. at the age of 7 Abel decided to start his music career and learn how to play the piano. Since then numerous instruments have become part of his music. Up to one day that tired of solfear he got the plates and hasn’t let go since.Influenced especially by artists of the world of the house and techno (Hector Couto, Pleasurekraft, Luciano, Joris Voorn, Andrea Oliva ... etc) he started creating his own productions of the hand of Watchtower master and little by little resounding for the north of Madrid and surroundings. He has not stopped, with extensive experience in microphone and cinema staging this boy does that the music not only sounds well, it makes obvious his hand and his technical abilities at the moment of mixing.His last productions, almost always with his coproducer Michael Ogariz, have been very well received in the world of the electronics with topics as “clepsydra " with Blue Die and Deep brothers with the Groove SocietyAt the end of 2013, he decides to formalize his image and to appear to the public across ZOUNDPLAY, where he works to be able to devote to musicHe is making his way in the world of the electronics in gigantic steps as at this point he walks for Ibiza making all the “isleños” dance.