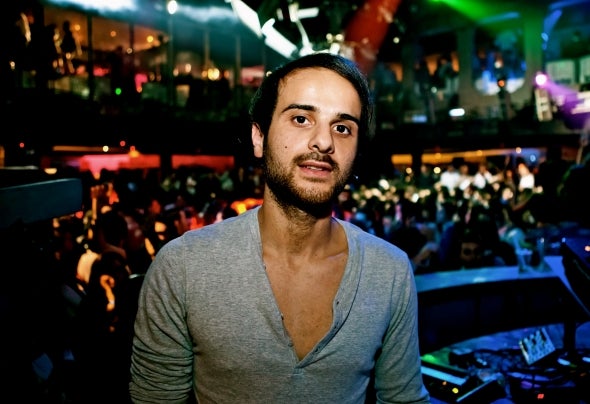 Born in Trani in June of 1987 began to cultivate a passion for music at the age of 16 years playing in various local clubs. In the summer of 2009 becomes resident DJ of DIVINAE FOLLIE.The first production is the POLKA DIVINA that made him famous in Puglia. POLKA DIVINA is a project created with Kris Mafia & Mr.B out as relaese of Smilax.POLKA DIVINA then becomes Girls Girls Girls with the cooperation of international singers TONY aka T-RIO, CARL METAPHYSIC and PRIT. Then remixes CARNAVAL DE PARIS, known sonar column the FRANCE 98 , along with MODA MODE 'on NET'S WORK.Carnaval De Paris is for first 2 months on the ranking of TOP 5O DISCOPIU and is played in the Radioshow n ° 119 from BOB SINCLAR One of the latest productions is SEND U.S. LOVE THE RAIN with Kris MafiaMr.B voiced by MAREK, a friend of Tony T aka RIO. Remixed new single BOB SINCLAR ''ME NOT A GANGSTA''only official remix Played with dj international as BOB SINCLAR , MARTIN SOLVEIG , DJ GREGORY , NICOLA FASANO , JUNIOR JACK , DENNIS FERRER.