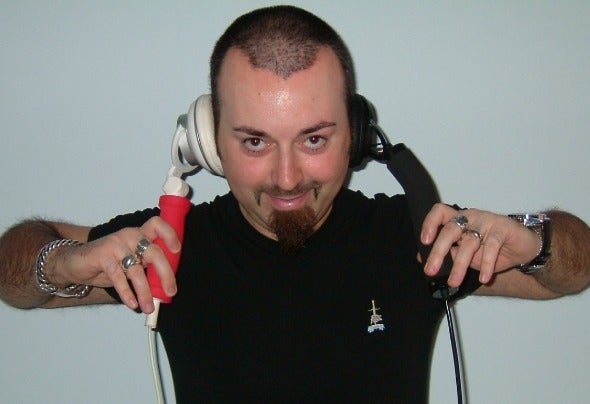 DJ, speaker & producer in the world of music & show- entertainment since 1987; several and various radio- television experiences and night-clubbing in Italy and in foreign country; Eclectic DJ, has from always own style and has in the acquaintance and professionality its winning papers; DJ of the stable "BEN8 DJ's team" (Radio 105-Radio Monte Carlo-Virgin Radio) but collaborates also with other groups in Italy...Between last and more meaningful working experiences Beethoven is official dj of Radio 105 in the “Vodka Artic Tour” in summer ' 06 and “Tommy Hilfiger Tour” in winter ' 06; official dj of RMC-Radio Monte Carlo in the “Gazzetta dello sport and Skipper Tour” in summer ' 07 and ' 08 touching the clubs, beaches & most important public squares in Italy collecting always enormous success; in January ' 08 Beethoven arrives between the 7 best ones speaker of Italy in the radio-television competition of R101 and Amici di Maria de Filippi on SKY and Canale 5; currently Beethoven is resident dj & co-owner of Fashion Club Milan (the club privè nr.1 in Italy); Beethoven has in assets productions of several compilation for dj and clubs in all Italy; moreover he is speaker conductor of radio-programs on web-radio and currently is the co- ceo & co-founder of AUZ! Muzik (italian dance digital label of MAP Music group-www.mapmusic.it) and in February '13 he founded TBS Recordings (a sub- digital label of Carlo Cavalli Music Group) which is also the a&r..to be continued..