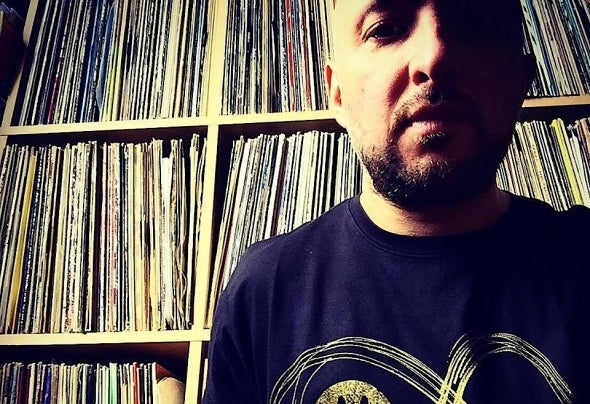 Carlo Gambino should need no introduction to this industry we all love, he has been DJ’ing longer than we care t o remember and has played at many of t he UK’s biggest and best loved club nights and beyond. Collecting Vinyl from the age of 11, Carlo was 16 when his love of all things ‘House’ began. Spending his weekends on the dance floor as a regular clubber became a huge part of his life, but soon, simply just dancing to the music wasn’t enough and his passion for DJ’ing and entertaining the crowd took over. It became very clear from an early age that music would play a major role in Carlo's life; for over 30 years his father has worked in the music industry, touring with artists such as Michael Jackson, Prince, Take That and Rod Stewart, so it came as no surprise that he was destined to follow a similar path.With over 18 years in the industry so far, 2010 was a momentous year and the start of something special with Carlo being signed to '3am Recordings'. Several strong releases on the label quickly followed, which led to a rapid increase in demand for his original and remix work globally. In 2011 Carlo launched his very own digital imprint, 'Midnight Social Recordings'. With Artists such as Al Bradley, Joe Morris, Denney, Tim Weeks and Luke Gibson already released on the label, it’s going from strength to strength and gaining recognition in all the right places. The label has seen support from the likes of Terry Francis, Moodymanc, Tyler Stadius, Justin Harris, Inland Knights, Audiojack, Gareth Whitehead, Murray Richardson, Carlos Sanchez, Rob Mello to name a few.Aside from dj/producing, Carlo has always promoted his own nights. It was in 1995 that Carlo launched his first night called ‘Play Your Cards Right’ in Birmingham, UK. A string of other nights and one-off high profile events followed, including the legendary ‘Hunky Dory’ boat parties. These trendsetting and much talked about parties were a staple in the calendar of the Leeds, UK clubbing cognoscenti lasting for over 5 years and are still talked about today.