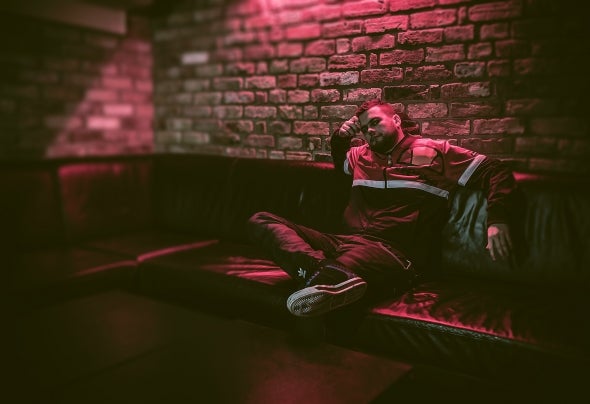 Simon has work in and around music for nearly 10 years, but his love spans across two decades. Since a young age he has always be surround by music; Pink Floyd to Foo Fighters, Led Zeppelin to Prince and many other alternative and key names of rock influenced his taste. With age Simon became to search and hunt for more music that enlightened the senses discovering names like; Ray Charles, BB King, Stevie Wonder and even names like Benny Goodman. Like a sponge Simon absorbed almost anything and everything musical that he could connect with. Growing up as a child a lot of Simon’s influence came from the music his parents listen too, however growing up in the 90’s this was a peak for dance music and rave culture, so Simon soon turned and interest to electronic dance music acts like local band ‘The Prodigy’, Basement Jaxx and early electronic artist’s like Faithless. During Simon’s teens Garage music was at it’s height and was influencing the UK charts with names like Craig David, Dj Luck & MC Neat and Artful Dodger al releasing hit records. This was when the 4x4 beat really took hold of Simon attention, over the next 5 years Simon became more drawn into the club scene and the music that was being made, by 18 he was attending local club events in his hometown of Southend, which is where House, Deep House and Garage could all be heard regularly, seeking for the more underground parties Simon got his first taste of Dj’in and the underground scene. In 2013 Simon launched his own club night called Sense, which later came to become one of the largest brand in the area and selling out to 500+ crowd in small intimate venues. As things progressed Simon moved into producing his own music and also launched his record label Sense Traxx. Since the start of his journey Simon has gone on to built a full time career in music and has worked at and with some of the biggest names in the industry such as; Defected Records, Champion Records, Kerri Chandler’s Madhouse & Madtech Records and works with names like; Roger Sanchez, Todd Terry, Jonas Blue and many more. His productions have be recognised and supported by a host of international DJ’s and tastemakers and gain the support on Radio 1 and many other platforms include; Mixmag and DJ Mag. Simon now is running his own label Sense Traxx and is regularly seen charting and playing his music to many around the world all whilst holding down his full time job working at Label - Digital Distribution Services, where he works with the majority of the underground dance community sharing knowledge and advice to help others achieve and built their success.