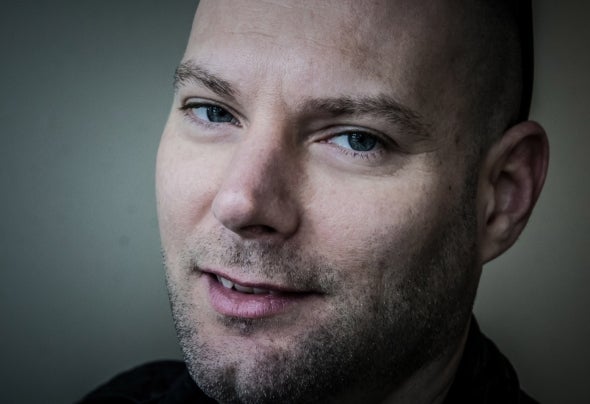 Roy England hails from Los Angeles, California. It was love at first listen, after a friend introduced him to the underground techno scene in the early 90′s.And so began his life of DJ-ing, electronic music production, and performance. Shortly after relocating to Boulder, Colorado in1997, Roy started Dope Productions as an artist collective/production crew. His reputation for getting hands in the air and booties-a-shakin led to US and Mexican tours, as well as a strong local following. In 2002 Roy founded the Dope Recordings label, along with Thomas Kamholz, to put out their music, as well as to bring local talent into the spotlight.Roy’s main techno moniker has been Royale, though his releases appear in various styles; by himself and with friends; under the aliases IWA, Flacker, Broken Radio,Technomicon, T he Subterraneans, Love Mafia, Ghost Pirates, Les Freres Royales, and T he Cryptophytes. In 2008Roy disbanded the Dope label, and with fellow crew members founded Make Mistakes. T he Make Mistakes fellas went on to throw many fun dance parties, and continue to do so across the States, as well as releasing music, podcasts,and music reviews. In 2012, Roy along with his good companions Mike and Rena Day started the ( ( EmpathyDub ) ) label, releasing limited edition vinyl pressings of stripped down minimal dub techno. With many projects in the works and a slew of releases in the pipeline, 2013 looks to be a great year.