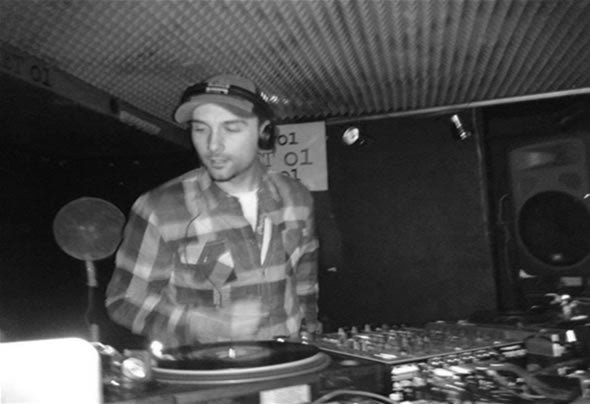 Marcos Estrada Ruiz born in 1980 in Dusseldorf, Alemania.From very small and showed great interest in music being the German New Wave at that moment what more attracted you attention thanks to the extensive collection of vinyls and cassettes of his parents.In the early 1990s returns along with his family to Spain where he influenced by the time radio programs begins to develop his taste for music electronics. Also taste the alternative rock of the 1990s, grunge, generation x etc; bands like Nirvana, Soundgarden, Perl Jam, Alice in Chains, The Smashing Pumpkins etc.Already at the end of the 90's is when has their first contact with the world of djs to start leaving by different halls and discos in Asturias and Galicia among which highlighted the mythical Real in Oviedo, La Fabrika , Rocamar and El Jardin in Gijón, Futura and Krisis club in Ribadeo (Lugo) and many others in the area.In 2002 it decides to buy its first team of mixtures and start DJing at home and for friends, organizing any other small party in bars and pubs of the city.Since then his projection has been increasing thanks to their great musical background and connection with the public and his poise. A shared booth with djs such as Pepo, Reeko, Kasper & Papol, David Herrero, Francisco Allendes, Laura Gok, Jairo Catelo, Matias Valdmont, Rasha Petrovici, Higinio, Darkrow, Alberto Palacios, Natalino Nunes, David Mallada, Richi Risco, Hector Llamazares, Eleazar, Loopsize, Diego Martinez, Angel Seisdedos, Sergio Villazon, Kanike, Dannyway, Jairo Nuñez, Juan Manuel aka Fumy etc, etc.Its meetings range from house and deep more organic to the techouse more groove current, touching occasionally electronics more alternative and experimental, techno and minimal current.Currently this immersed in the world of production,and belongs to the crew of the seal and collective Uyeney Records. He has already published an ep at BedroomRecords09 with the name "NewZeit" and the other to seal Eleonor Records named "Voices of my mind" and two of their track appear on the compilations "Tech elements" and "BedroomRecords Diary".Coming soon publish new tracks from the hand of labels such as Creative Sounds and the own Uyeney records.Also highlight his new musical project with his friend and also dj Danymal. A project called DirtyDogs where in format B2B give free rein to an incredible selection of sounds more underground and electronics through the best Raves of the zone and the clubs more alternative.