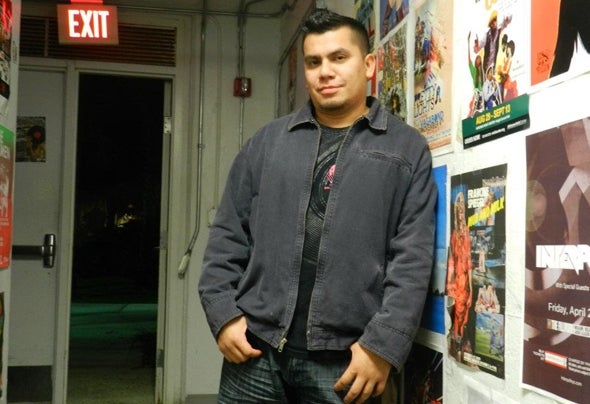 Born Harvey Alexis Gonzalez Lara in Managua, Nicaragua in 1981, his family came to Miami during the summer of 1981 and hasn't left town. At the age of 13, Lex would be teased by his friends for listening to artist like Depeche Mode, Ace of Base and all that freestyle movement, when they were all into hip-hop.Being raised by a single father he would have to listen to the oldies spanish radio stations. It wouldn't take long before he wanted to find a sound that had both. By high school graduation he was already into the local DJs like David Padilla, George Alvarado and George Acosta. The turning point came when he got his hands on a CD called Nubreed by Steve Lawler. "I was amazed! The sound of those drums had begun engraving the notes in my soul. I still play that CD at my house."Having graced the decks at BED, Nocturnal, SET, Buck 15, Euforia, C-Level at the world famous Clevelander Hotel and clubs alike, he is a regular at Miami's fastest growing festival, Spirit Of Sound Gathering. Summer 2010 came with a lot of work for Lex. He worked on a remix titled Jealous Girl for Pop- Rock singer, Yenisley. Lex also worked on original productions titled Caramelo, What Is and Come On which was released on Sheeva Records. As an audio engineer, he quickly began taking notice of the extra effort that had to be done in the studio. Lex owns a small mastering studio that as he describes it, "has meant the world to me, but dj'ing is my first love." Lex Lara's first EP Just A Taste was released late June 2011 on Power Of Love Productions. Now on his 14th release, Lex is part of several record labels and still releasing tracks every month. You can find Lex Lara as part of the talented roster of DJs for Radio4by4 for his weekly radio show SUNDAY RECOVERY SESSIONS and Spinning AFTER-HOURS every Friday night (Saturday mornings) for his weekly residency.--