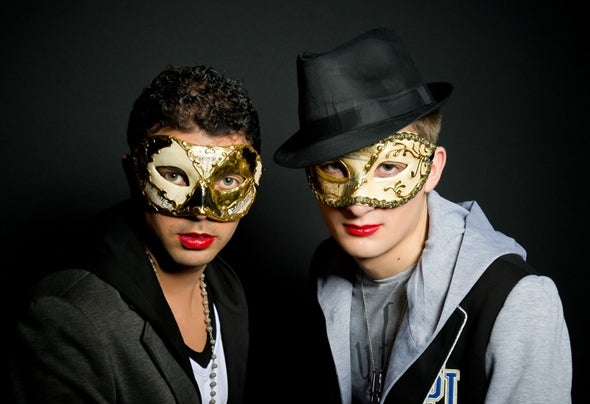 Luxure is the new musical project of two French DJs with an already famous reputation. Their first single, “Swing it”, contains the melody of Serge Gainsbourg’s hit, “Comic Strip”. It is the only electro single that has been approved by the beneficiaries and the singer’s publishers... it will be your summer’s hit ! During the 20 years death commemoration of one of the major artists France has ever known, the Djs of Luxure challenged themselves: to revitalize a song that the generation Y has never known. Seeking to differentiate them from the traditional electronic music, we find Luxure where we don’t expect them to be. Already present on our favorite radios, “Swing it” has a video clip which is broadcasted on national french channels, such as DirectStar, M6 etc. The single “Swing it” is made of contemporary burlesque music and identifies itself in a pop-house style, never heard before. It is a very summer, glamorous and sexy single. Luxure is ready to conquer the radios, tv screens and the dance floors of the entire world. To do so, they asked the services of Sharon May Linn, a Dutch singer who lives in Italy and who’s been ranked in 2007 in the Club 40 of 18 countries with the hymn “Destination Calabria”.