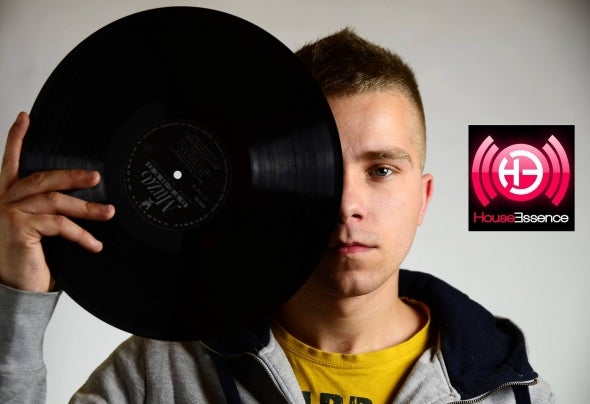 Jakub Stompor aka HouseEssence:Music has been with him since from childhood (raised in a musical family), but really passion for club music to him contaminate his cousin who also tried his strentgh in dj'ing.He developes his skills by buying his first dj's equipment in 2008 but it was not everything what he wants. In 2009 he wants to expand his horizons and he began interested in music production. On his first released track he did not have long to wait, and so in the 01/08/2010 in Saturn compilation in Dirty Stuff Records label he released his first track in Minimal Techno style: "In The Dark Side Of Minimal," which was warmly received by the Internet users and dj's.In 2011 he released his tracks in label such as :- Human Garden Music - Binary404 - Miniaturesrec - Buzzard Gulch- Tasty Recordings - Das Ohr Digital - Tight Lipped Rec. - Tracer Rec.He will release in 2012 his tracks in labels such as :- Clairvoyance Rouge - SinQ Records - Starten Musica - Housearth RecordsHis tracks were played by Dj's from all over the world like: Umek, Tomy DeClerque, Alex Di Stefano, Richie Hawtin, Alexi Delgado, Alli Borem and many others. In his sets we can hear a wide range of music from the delicate house sounds to the technical Minimal/Techno/Tech House.But in music production he hasn’t restrictions, he makes music from genre like House to Techno/Dubstep and many others. His dream is playing on a few more or less known events and meeting few valued musician character in music world