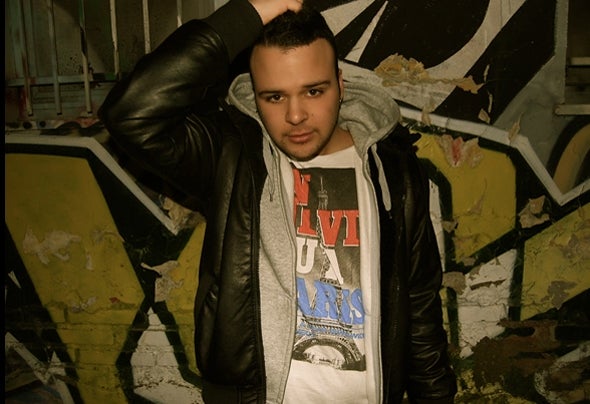 Davide Giugliano ('90) born in Rome and, passionate about music since childhood, he approaches to the world of djing at the age of 15, beginning to make an impression in several clubs of the capital.At the age of 17, Davide starts to produce his first tracks, already supported by international artists such as Fergie, Tom Hades, Cristian Varela, Audio Injection and many more.Among the important productions, we can remember "Ultimatum" released by the historical german label "Autist" and the remix of "Hum Nah" required by the italian duo Phunk Investigation.In 2010 born the "Kommander Dug" project, with which he tries to give rein his underground alter ego, releasing an EP on the famous Sasha Carassi's label: "Phobiq". Now Davide is committed to leave his imprint on the italian and international underground scene with several productions, such as "MWAK", released by "Human Garden Music" at the end of 2011, that has climbed the Minimal Beatport chart. Stay Tuned!