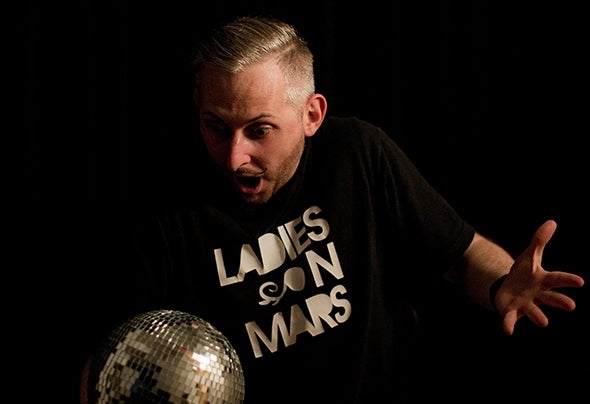 Ladies On Mars aka Jonathan Douglas Braverman, is a DJ and Producer from Buenos Aires, Argentina. Has been known and respected for his productions and remixes of Minimal Techno, Techno and Tech-House, from his beginnings at the end of 2006 till 2017 when he began to dabble more with genres such as Disco, Funk and House, taking him to sign in 2018 with the Marshall Jefferson`s label: Freakin909, also working with labels such as Soulstar Records, Masterworks Music, Sakura Music, Tropical Velvet, No logik Records, Emi Music, Prison Entertainment, Sleagy G and sign with the most important Record and Re- edits music label of the last 10 years: Midnight Riot from the UK. His music is supported by great artists such as: Claptone, Mat. Joe, Mighty Mouse, Late Nite Tuff Guy, John Morales, Mark Lower, Babert, Yam Who?, Kort, Moodena, 80’s Child, Discotron, Ruff Diamond, Ian Osia and many more!. During his career has made some Ocial mixes for artists like: Depeche Mode, AKA AKA, Alex Young, Daniele Petronelli, Home Video, Fabian Argomedo, Adrian Hour and recently he remixed the new Michael Gray’s Hit: “24/7 People” for Midnight Riot Records.