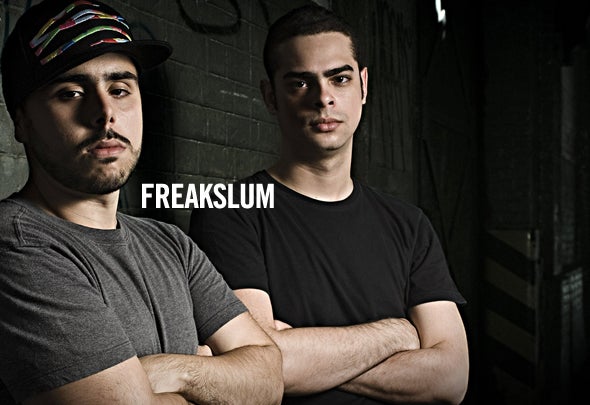 Cicero Chaves, DJ and producer, began listening to electronic music in 1997.By the year 2000, he had already begun to produce his own tracks, making many different projects with different styles of music, from tech-house to hip-hop. He has also been a sound producer and a sound designer of soundtracks for films. Nowadays, he spends his time between techno and its varieties and tech-house production. He has been, for some time now, perfecting his skills in production with DJ and Producer Krishna Baby. Krishna began to listen to house and techno music at the age of fourteen, by the time he used to go to the clubs which started the underground electronic music scene in Rio de Janeiro. In 2003, he started playing minimal and progressive trance, switching later to progressive house and tech-house, and has been,for 4 years now, making his own music. About a year ago Cicero Chaves and Krishna Baby have started working together producing tracks, beggining their own project called Freakslum. Inspired by different styles and varieties of music, Freakslum has been creating its own musical identity, aiming always at a minimalistic and straight conception, very much influenced by American Techno and European Minimal, bringing thus to Rio de Janeiro a totally new concept in Minimal Techno.