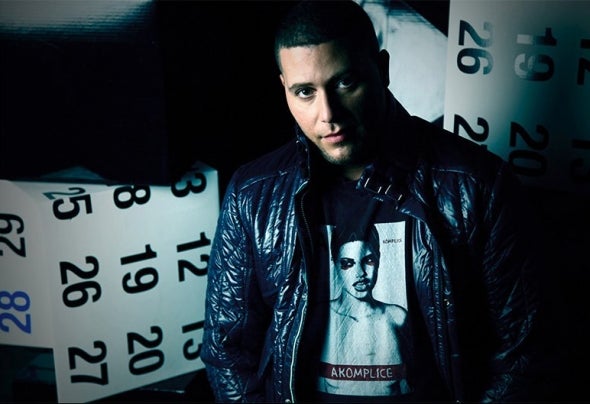 Breaking through with massive releases on the likes of Nick Curly’s label 8Bit along with landing a residency in club Sankeys Ibiza of 2011-2012, Dave Rosario has made a lasting impression as the jack of all trades. Born and raised in New York during what is known as the “golden era”, playing legendary clubs such as Crobar, Roxy, Spirit, Pacha and Limelight turned Avalon, he became a known name. NYC Super clubs at their peak, and with Dave's motivation to start producing music, he began to receive national and international recognition by prominent DJ’s. His involvement with music and the performing arts began at the age of 6 with drum lessons. Inspired by music from listening to The Cure, Enigma, Moby, Front 242 on cassettes and records from his older brothers collection, Dave recognized his interest in various styles of non commercial music at avery young age. His diversity as a DJ and producer stems from this. He longed for a purer form of self expression and eventually found it through electronic music. Fascinated by how other DJs can impose their own personal vision onto the music they played, it elevated to an art form. After receiving his degree in Recording Engineering in Florida, Rosario moved back to New York to start his full-time DJ career at age 21. He spends up to 10 hours a day in the studio. Not only is he always in the studio producing electronic music, he has proven his capabilities to write quality music for various genres and mediums for film and television. In 2007 his first release hit numerous dance music charts with his remix of "Black Candles". Within months of his first release, Dave’s tracks couldbe found on compilations from legendary New York record labels like Nervous Records. Eventually, Dave began collaborating with other well-respected underground producers. In 2008 his track "Formosa" and its remixes ended up on famous global dance music radio shows like John Digweed's Transitions, and Nic Fanciulli’s World Wide Sounds. His breakthrough track “Her Circus Mind” on Nick Curly’s 8bit 5 Year compilation in 2011 marked his first appearance on the heavyweight German record label. While being the youngest and only American artist on the stacked roster of producers like Audiofly, Nick Curly, Oxia, Hector and more. Dave Rosario's "Her Circus Mind" showed more than impressive success by reaching the #10 spot in Beatport and Juno's top 100 charts. "Her Circus Mind" also sold the most out of both digital and vinyl releases of the 2CD compilation. His “Impulsive” EP on Local Suicide, which exemplifies his heavyweight status is dropped during live sets amongst global artists throughout the world. Having caught the eye by his early productions, his desire to express new material is in the most fitting context. As an artist he covers many styles from both the dark and light realms of underground techno and house music. While never being limited to any one genre or style in electronic music... Dave Rosario’s vibe and artistic signature remainapparent in is sound.Intimately linked with 8Bit and on Monique Musique sub label Monique Speciale,Local Suicide,Clash Music and ranks from artists like Shlomi Aber charting his tracks, Rosario is making bold musical statements. In this way Dave is in a continuing evolution of his sound. Managing to take the most pure sounds and combining them with his best musical characteristics, he shows organic creativity and innovation. Being one of the biggest electronic producers to come out of the United States, his early support comes from Marco Carola, Maya Jane Coles, Dj Sneak and business man Richie Hawtin. No two steps are ever the same when variety shows from his diverse musicalroots. As he is dedicated to quality ,there are more good things to come from Dave’s prolific music making.