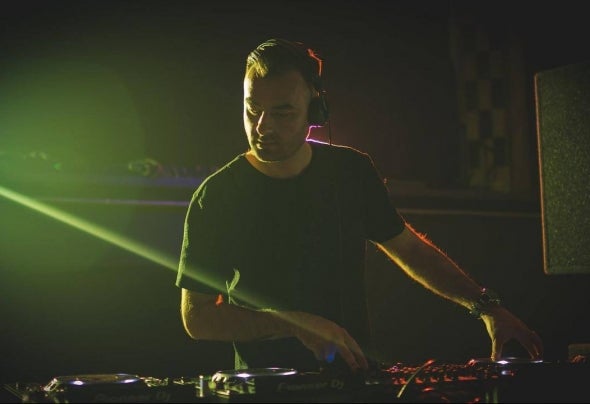 Known as “DJ Christian Green “, Cristian Popescu was born on the 22nd of October, 1984, in a little town, called Nehoiu, near Buzau, Romania.Christian was only 14 years old when he discovered music as the passion of his life, and he started to run away from home, through the window, every night, to play music in the club. His mother and father still don’t know about that.Not so long after that, in 2003, he decided that he needs a new path, that he found in Brasov, as a resident DJ at the local clubs.His Radio Station career started in Buzau in 2005, at Focus FM, where he worked both as a DJ and producer.Mixing both Radio Station broadcasts and club residences, in Buzau, since Christian played in hundreds of clubs through all Romania.The next step was Radio Deea Bucharest, in 2007. Radio Deea was well-known as the one and only electronic music station in Romania at that time. Nowadays, Radio Deea broadcasts only online.The most important step in Christian’s career was joining Vibe FM. Radio Deea has now turned into Vibe FM, and Christian started a new podcast called “Vibe Mix”. The new podcast reached 70.000 listeners every day in less than 1 year. For 7 years, “Vibe Mix” had been reaching to people’s ears for 1 hour every weekday.His sets were played at many popular radio stations in Romania.In 2008, Christian had reached the Liberty Parade line-up for the first time and remained there for 7 years. Also, in 2008 had his first release, called “La Playa”. Christian had a flourishing career at Vibe FM until late 2014, when, unfortunately, the trust decided that the radio should turn into an oldies station. Christian now focuses very much on the musical production and will carry on the tradition of the “In The Mix” podcast, that had been broadcasted weekly at the most important Romanian dance station, Dance FM, from 2015.