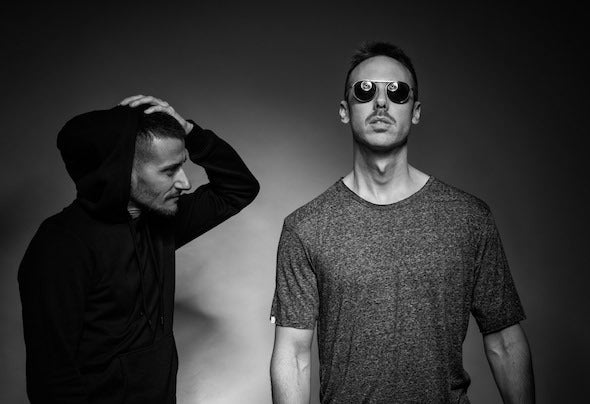 A brave, professional and unmistakable bet on the underground dance sound. The talented duo -formed by Snna and Nacho Arauz- from Valencia drive a self- sustained music reality which is in constant progression, and which has no room for anything else other than the sound expression of a very peculiar way of understanding club music nowadays. Both Spanish and international artists such as Justin Harris, Yaya, Filsonik, Brett Johnson, Phil Weeks, Italoboyz or Neverdogs have put out releases in both digital and vinyl formats in Los Pastores own label ‘Oblack’. Their tracks -from which we can highlight 'Other Sentido’, ‘Smoke Game’ and 'Discover Base' - have lead them to collaborate with world renowned producers as Darius Syrossian, Luke Solomon, Tuccillo, Jay Haze or Djebali. Their productions have been played in venues such as DC-10, Amnesia or Ushuaia Ibiza by master djs like Luciano, Richie Hawtin, Loco Dice, Apollonia, The Martinez Brothers, CatzN Dogz or Ricardo Villalobos. Up until this very moment, they have got 19 releases in Oblack, and they have signed 11 of those on vinyl. They are currently very excited about their new project, 'Vinyl Only' which brings the most genuine format back, the 12”. In this new division they have released a new LP under the name of ‘Los Pastores with collaborations’ in which they take other guest producers like System2, Javi Bora, Aldo Cadiz, Juliche Hernandez and Hanfry Martinez. At the end of 2015 and beginning of 2016, they have released several remixes and they have worked with Roush Label, with the collaboration of Julien Sandre which comes with a remix by Onno. Los Pastores also released on the infamous French label ( djebali ) and also on VIVa MUSIC, owned by Steve Lawler.