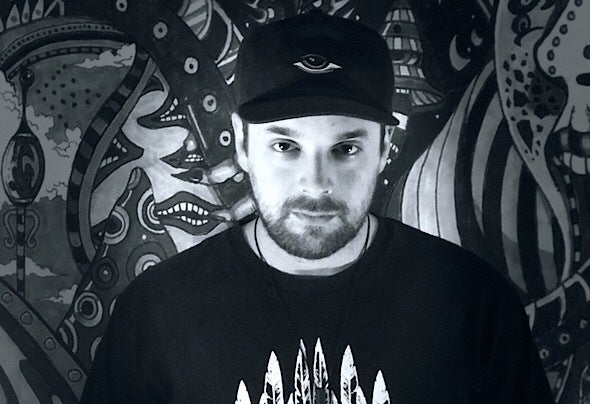 Jacob Holguin aka ADVI is a Los Angeles based House & Techno Artist- born on January 1, 1986. ADVI is pronounced “86.” Born and raised on the East Coast in Connecticut- Jacob became heavily influenced by electronic music at the young age of 9. Since then, Jacob moved to Los Angeles, CA- dedicated his life to creating and expressing himself through music and runs an Awake & Conscious Art/ DJ Collective called the “3rd Eye Tribe.”ADVI is a familiar name in the LA Underground scene. He began DJing events in 2012 and can most commonly be seen playing sets at nightclubs such as Avalon, Exchange LA & Los Globos aside from a slew of “Secret Location” Warehouse parties. Some of ADVI’s biggest influences include; Pete Tong, Carl Cox, Mark Knight, Eric Prydz, Lee Burridge, Loco Dice, & Steve Lawler to name a few. ADVI’s sound can be described as dark, groovy, hypnotic & melodic. ADVI is also a resident DJ for the popular- Modern Disco Ambassadors and Lab Sessions on Subliminal Radio. If you don’t get a chance to make it out to one of his shows, ADVI is aired globally through his Lab Sessions Residency with Subliminal Radio on the last Friday of every month.