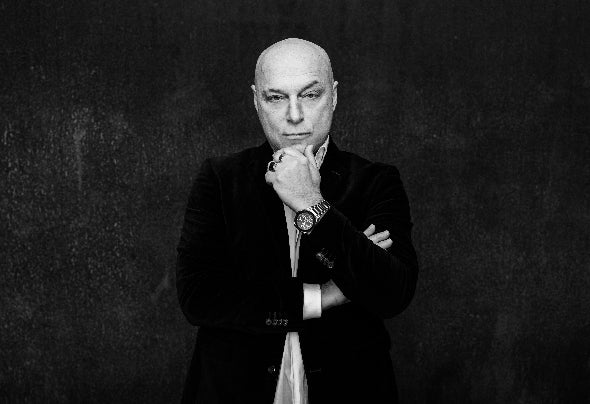 Leon's career in music begun in the early..80s when he started djing at several clubs & pubs in Athens and Amaliada at his local Radio Station with his own Radio Show called "The Music World".At the same time he discovered another passion in his life. He studied film direction at The Academy of Cinema Of Athens . As he always s ays : Mus ic is like a film. as a sequence of sounds that gives the illusion of continues movement. T he dj is the film director controlling the content and flow of the music plot.> In the early ....90s, after an invitation from a friend, Leon took the position of producer in a German Studio. Producing was always a lifetime dream that came true. In 1991 he started working as producer for AMS, a company with 3 Studios and 7 Radio Stations. He had a wide variety of music productions for advertising, radio jingles and generally everything that has to do with sound. However, his multi-talent has been discovered later on. In 1998 Leon decided to create his own company and a new dj name to make his ideas reality.> Based on his knowledge of many different styles of music, Leon is able to create the perfect music atmosphere for every different event, by creating emotions through music soundscapes. His philosophy is simple: "Let the music charge your emotions". Soon he became one of the most requested persons in Germany for sound design in all major events as to many Luxury Resorts all over Europe.At the same time El Ray has been moving to another favorite field exploring his talent on music production by creating many different kinds of music that lie on the same ground: Quality, class and style. His collaborations with respected artists from around the world begun on the net and became the basis of a promising projects