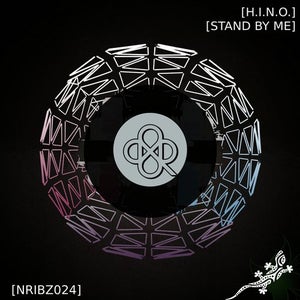 H.I.N.O. is a Techno & Tech House project that was born in 2015 when his passion for music took him from being a part of the crowd, to being the one that ignites the crowd.
In 2015 he graduated one of the DJ Schools in Bucharest, then after just a few months of experience (2016) he managed to land a spot in the Burn Residency country finals, alongside 4 very skilled & experienced DJs, which had a major impact in his career going forward.
The story behind the brand is not your ordinary story, as he never wrote the last page of this book before he started "publishing it", he preferred to write the pages along the way, making it possible for everybody to participate in this.
His stage name was defined, while he was playing in a video livestream radio show, by one of the most successful and respected Romanian artists, who came in and told everybody that was enjoying the show, that H.I.N.O. DJ stands for He Is No Ordinary DJ.
Following these unique and fiery experiences, he then started to grow his roots in the Bucharest music scene, both on the DJing side and the music production side and founded one of the most exclusive, hard to get into, DJ crews in the city, MoonTech, which is now a music family, rather than your every-day music agency, lots want to get in, only few will actually make it – as there is no official mechanism of getting into this agency.
Now, he is part of the Tech Area 51 crew with seasoned members that focus on quality and career development, leaving fun aside.
So far, in his journey, an enormous bonus that he received everywhere is that everyone he met has contributed in one way or another to his never-ending lust for music and rhythm, some even becoming dear friends.
As influences, he looks up to artists such as Enrico Sangiuliano, Paco Osuna, Joseph Capriati, Horatio, ANNA, Dennis Cruz, Nastia, Hot Since 82, Valentino Kanzyani, Emanuel Satie and many other artists that play & produce with pure passion.
He has released 3 singles so far at HighWay Music Production, Quanticman Records & Waldliebe Familien, all of them being very energetic tech house tunes.
Follow him on social media for more news on upcoming events.
https://www.facebook.com/HINOxDJ/
https://www.instagram.com/HINOxDJ/
https://www.beatport.com/artist/h-i-n-o/656513
https://open.spotify.com/artist/07Hi0RZMP7nMis3c49YOoC?si=wlAKhoYPQ_eCqMBwh3yXXg