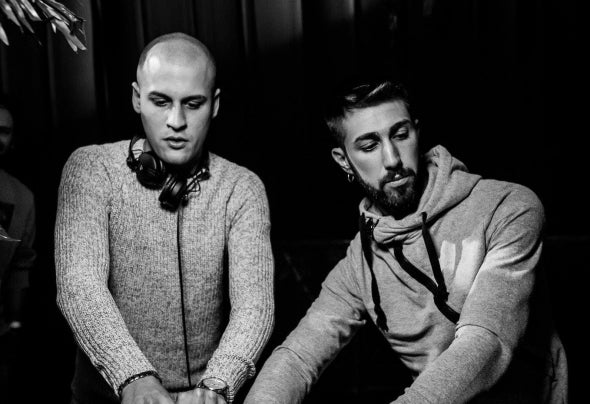 The Revelers is a dj and producers duo from Turin composed by Simone Fusano (1993 ) and Alessandro Parretta (1995) , which was formed in 2014 thanks to the common passion for techno music, clubs and festivals , born in the years of middle school , which has brought them to perform as soloists in some of Turin club until their meeting . Since then they have started to make their way by producing several tracks and playing some festivals both private and organized in clubs of Turin. In the summer of 2017, our track "Somebody's watching me" has been supported by several artists such as Skizzo, Leon, Joseph Capriati, Latmun, Dennis Cruz, Stefano Noferini and others.