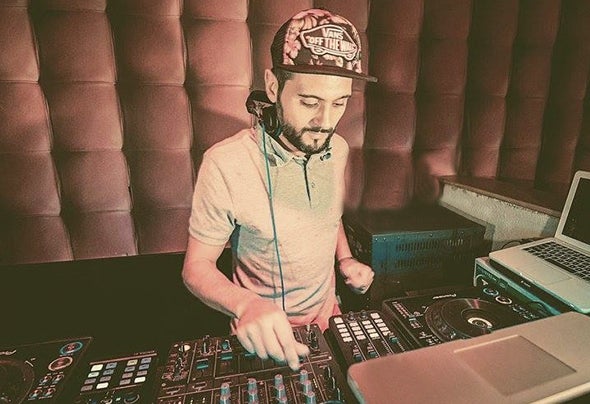 David broke into the professional world of music in 1998. Up until now he has worked in different pioneering clubs, with a national and international career so far, with notable acts: Row 14 , Space, Pacha Barcelona, Fritz, Discotheque, Blau (Gerona), Minimal (Zaragoza), Metro (Alicante), Somewhere (London) Party Boat Trip (Barcelona), Guarana (Ibiza), Sins (Ibiza), Dry Pool (Barcelona), among others. These experiences have given him the opportunity to share a booth with some of the best DJs of the time.As part of David’s commitment to his career he has studied music theory, harmonies and he is currently having piano lessons. He cofounded the label Senzo Rec along with Javi Vila and Ferran Benavent from the well-known producer Doctor Music. Throughout his career David has used the aka (stage name) DaDeep and founded the collective Muzikground with its Muzikalitech parties for Row 14, which is a very well-known after party in Barcelona. At present, due to his constant evolution, he is involved in his most personal project yet, his new aka (stage name) Soulphunx. In this new project he is looking for something more than productions for the dancefloor, he is preparing what will be his first album. Experimenting with his musical roots, styles which have influenced him like hip hop, soul, funk, jazz, pop and - where feels most at home - electronic music.At present, he joins his dj and producer side with the direction of the Radioshow Moving Wave Bcn, co-founder of it. In the international artist interview, they produce their own parties in different clubs in places like Barcelona, Valencia, Ibiza, Greece among others.