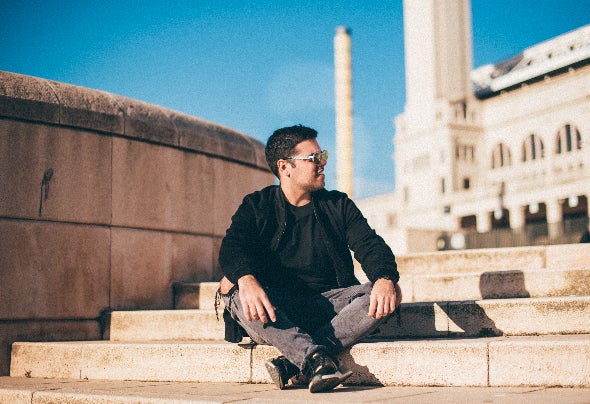 Argentinian DJ and electronic music producer from Buenos Aires, currently based in Barcelona. Viccenzo was born in Carlos Casares, a small town where electronic music was definitely not in everybody’s ears... However, he has always followed his instinct and passion for the electronic rhythm beat. In every gathering or in any place, Viccenzo encouraged his friends and almost all people around him to listen and appreciate electronic music despite their apparent dislike for it. At the age of 17, he moved to Buenos Aires, where he started playing at well-known nightclubs and, a few years later, he immersed himself into the electronic music production world. In 2017, he moved to Barcelona, to pursue his dream: "to live through the art of djing and creating music". In this city, he enrolled in the Advanced Electronic Music programme at SAE institute, where he acquired new techniques and improved his skills. His influences are Kraftwerk & Deep Dish. The music genre he identifies with is Minimal/Tech - Techno - House Music and the distinctive elements present in his music are groovy and dynamic drums patterns, acid and tough synths with powerful bass- lines. He released tracks under labels such as: Sibila Music (Bizen’s Lopez imprint), Kubu Music, Bedroom Muzik and others. Also, he shared DJ booth with Louie Vega for Amsterdam Dance Event (ADE2019) on a boat party, Sam Divine and Spencer Parker, at La Terrraza nightclub. He also played in well-known nightclubs like City Hall, Go Beach Club, Pacha Barcelona, Macarena among others.