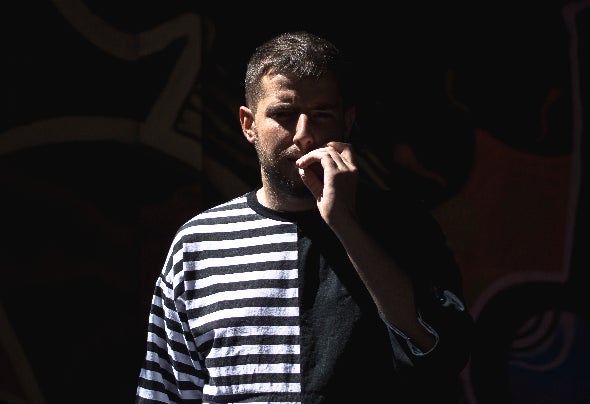 Gustavo Rodríguez, born in the mid-90s in central Spain, begins ery prematurely in music, influenced by percussive sounds of the years 2010 and 2011, when he begins to play in private parties in his region. Shortly thereafter he was given the opportunity to become a resident dj in his hometown. A little later he begins in the world of production, getting in his first EP a chart of Maceo Plex, which opened doors in larger labels. Over the years, he perfected his style to develop a very personal groove, being rhythms linked to minimal deep-tech music, and being one of the few Spanish producers that is very frequent to see him on charts and sales tops, In recent years, it has managed on numerous occasions to reach the TOP 2 of world sales, with international labels such as SK, Cachai, NoExcuse, DirtyClub or with its own label, KUBBO, which has several appearances in the sales tops. Apart from the tops, it has received support from the two most important Youtube channels in the industry: Blanc and Music On, with more than 10 tracks in them. Regarding the support by DJs, it is not uncommon to see him appear in the sessions of Marco Carola, Paco Osuna, Joseph Capriati, Dennis Cruz, wAFF, Stefano Noferini, Neverdogs, Solardo... among many others he has received support. In recent years, Gustaff has also received incredible support in the booths, as he has played in Amnesia On Tour at the Amnesia nightclub, sharing a poster with great artists, or being the only Spanish artist to play in the presentation of the NEOPOP festival in Pachá with Marco Carola. Regarding the international dates, it is not strange to see how it alternates between the different residences it has in its current city, Salamanca, and the sets in countries such as Romania, Portugal, Germany, Colombia and the US.