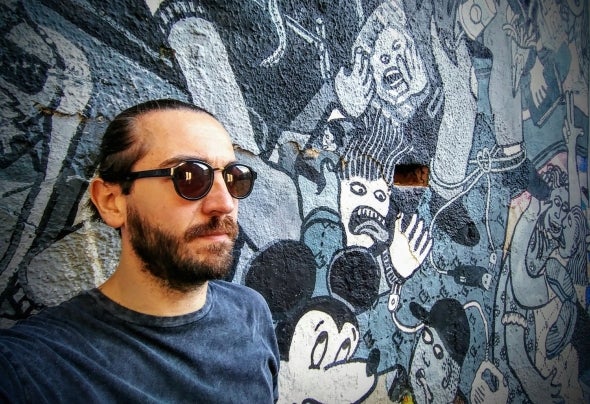 The Italian electronic scene has been bubbling ferociously lately with some incredible talent and none more so than Turin based Luigi Rocca. The self-made producer and global travelling DJ also runs 303Lovers alongside Manuel De La Mare and Federico Buratti. An international DJ in his own right Luigi has managed to forge a successful career circumnavigating the world performing at some of the planets most renowned and best-loved parties, where his unrivalled dexterity behind the CDJs has led to repeat bookings throughout Europe, Asia, Australia, North and South America.When the likes of Jamie Jones, Richie Hawtin, John Acquaviva, Dubfire, Tiësto, Bob Sinclar and the notoriously impenetrable territory of Chilean megastar Ricardo Villalobos have all supported your music, it is perhaps fair to say that your sound is something of a mystifying one to pigeonhole. In the case of Luigi Rocca that is exactly the problem many have had when attempting to label his myriad of releases from over the years. With a back catalogue that stretches well beyond 200 releases, Luigi (also known as Marshall) has managed to reach virtually every corner of the electronic musical spectrum that is humanly possible.Undeterred by his lifelong drive to fuse the elements of house and techno, Luigi has spent the past 10 years pushing his sound direct from his studio in Turin to dancefloors all around the world. It was this dedication, forged with a comparable high-spirited passion of Manuel De La Mare and Federico Buratti, which led to the formation of the trios chart topping imprint 303Lovers. An acting co-owner with Federico and Manuel, Luigi finds time not only to pursue his own musical drives but also expand those of both future and established talent through the ever growing reach of this recording imprint.