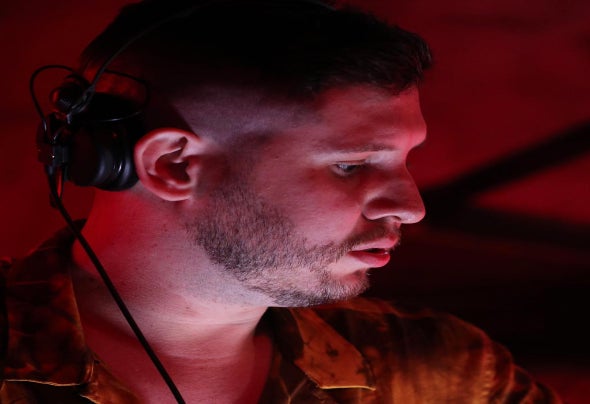 Dominating Techno, the São Paulo native already has five Eps and more of twenty- five tracks in their catalogue. With his particularities inside the studio, he acquired great support and established his tracks in renowned cases such as Richie Hawtin, Fabio Florido, Lewis Fautzi, D.A.V.E. The Drummer, Drumcomplex, Ben Sims, Lucas Freire, A Thousand Details, Takaaki Itoh, Wehbba, Annie Mac (bbc radio) and B.Traits. With a childhood based on great contact with music, especially rock bands, he started his career in 2011 at just 17 years old and since then he has been improving his musical techniques influenced by technology, his main and most striking feature. It is recognized above all for its skill in its hybrid presentation format. After his tracks were presented at major festivals in Germany such as the Nature One Festival and in South Africa, he became part of the casting of artists for the Compressor Agency. Besides being a direct resident of Waves Sessions, monthly Techno project whose main objective is to spread the musical style to new people and the inclusion of new talents. Learn more at: https://linktr.ee/luccamdj