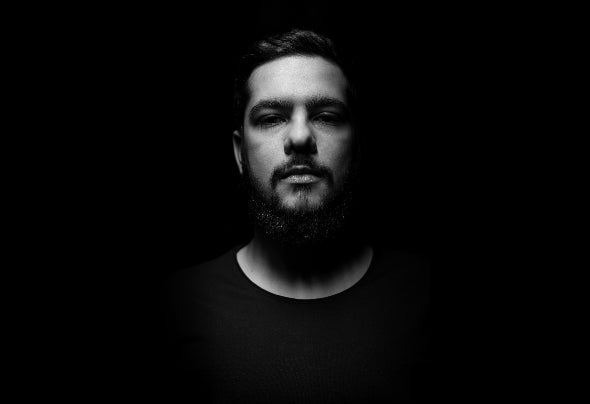 Born and raised in Brazil, Luiz Fernando Ribeiro aka LuizFribs delivers an energetic, acid and hard-driven live performance through aggressive melodies, heavy kicks and strong basslines, always supported by his violin, an old mate who is present in his life since the early days. His characteristic sound is strongly influenced by 80s synthpop, 90s trance and modern techno, has been out in labels such as The Meaning of Rave (POL), Gomboc (ARG), Autektone (ITA) and Nin92wo (BRA) and have received great supports from artists such as Kobosil, Regal, D.A.V.E. The Drummer, SPFDJ, Parfait, and Sara Landry. Fribs incorporates the violin into Techno on a very distinctive and unusual way, distorting, looping, stretching and heavily processing it in order to give the instrument a more modern and brutal sound. His live performance is marked by dynamic improvisations, where he feels free to create full tracks on demand, but also to execute his already known and released ones. In 2018, he was considered by the electronic music specialized website Play BPM one of the new highlights of the Brazilian Midwest Techno scene. Counting on a regular releases calendar, LuizFribs is frequently featured at Goiânia Techno events’ line-up, such as Lost and Found, Shadow and Room Noise. The artist is always working on new tracks and evolving his live performance, and his work is definitely one to have an eye kept.