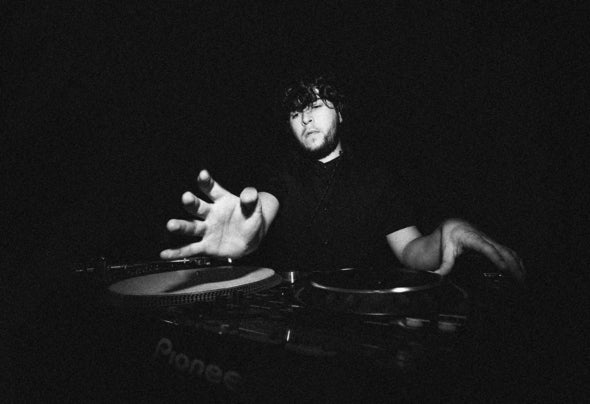 From an early age, Z.I.P.P.O had a drive to create music that inspired others the way his favorite records inspired him. Giuseppe made is DJ debut at the age of 15, already spinning parties in Southern Italian clubs. Two years later, he began to make his rst productions, releasing “Symmetrical Therapy” on Figure, and collaborating with international labels such as Involve Records, Suburban Avenue, Enemy and Ben Sims Machine. Thus far, he has already conquered some of the most sought-after dj booths in Europe including Berghain, Tresor, Fabric and, more recently, that of Boiler Room for Viva Festival, in which he avoids his usual techno selection in lieu of a set exploring the intersection of Detroit house, jazz, Funk and Disco. In 2015 he founded Fides Records which gave birth to 3KZ. A project that inuences a lot the sound of the label with “Sci-, electro-tinged techno of the highest order”. As said by the critics: “Sweeping strings, bright arpeggios and a robust rhythm section take this collaboration from Z.I.P.P.O and Kaelan from Italy straight to the Motor City”. In Z.I.P.P.O’s mind there is always new music that needs to be played and there is always places where that music can be played. He’s constantly searching for new sounds, adding to his grooves, and absorbing from every source of inspiration. He seduces with his ability to wave genres together and his sets show a thoughtful kind of pleasure-seeking, going from introspective dark sounds to the most uplifting Electronic music. With his eclectic mixing, he’s an energetic personality behind the booth, stepping aside from any tendencies and crafting is set according to the mood of the dance oor. Z.I.P.P.O’s inherent abilities earned him the respect among his peers and, in recent years, his name appeared on Ryan Elliot's compilation for Fabric and DVS1's curated parties all over Europe.