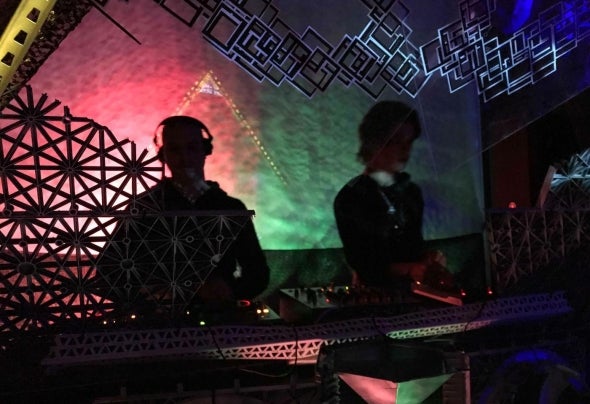 Albert Chiovenda has been involved in Sydneys underground techno scene since the 90’s DJing under the moniker XXX, and more recently under his own name, Albert has been a Sydney staple playing at a who’s who of ‘you-had-to-have-been-there’ events such as 10th Planet, Jungle Punks, Acid Faction, Deep Space, Fuzz Box along with many others. Albert has also being involved in the long running weekly radio show Dark Energy and hosted his Space Container show both broadcast on 2ser FM then continued the Space Container show podcast on Fnoob Techno Radio. More recently has played at Strange Signals, Anomaly, Machine & Bunker in Melbourne, and the infamous Trench parties and festival that he continues to produce with partner Gabe Fernandes. Taking a step back from the podcast and DJing Albert decided to focus on production, quickly honing his unique abstract style which has been included on labels such as IF? Records, Concepto Hipnotico Rec, Sigma5, Complex Textures, SRIE Records, DVNTT & MUSIC FROM EXO-PLANET along with the EPSILON ERIDANI EP via Parabola Records in 2017 and UNTIL THE END EP via DVNTT in 2018 he shows no signs of slowing down any time soon. This party is a celebration for the release of his third solo EP and first on vinyl via MUSIC FROM EXO-PLANET titled Changing Front. Adding to the release with two contrasting remixes is the enigmatic Ukranian Stanislav Tolkachev, who appears following acclaimed contributions to Bas Mooy's Mord, Weekend Circuit, Subsist, and Raw Waxes to name only a few. Expect to hear psychedelic, modular jams, hypnotic rhythms, and abstract broken beats.Also of note is the upcoming contribution to the mammoth Tribology compilation which includes many respected stalwarts of the global underground music scene to list curated by Ben Sims via his Machine imprint to be released December 2018.