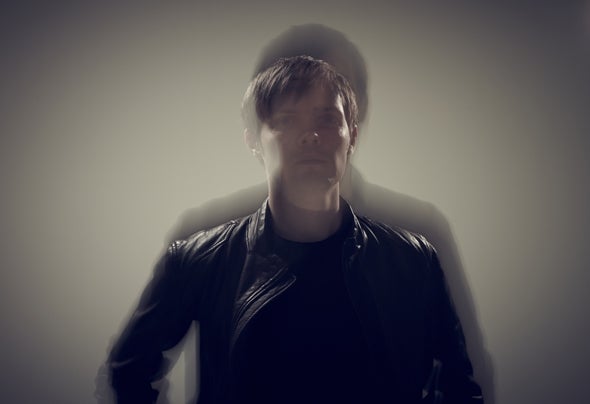 “The curtain went up before I knew I was on stage.” Ambivalent aka Kevin McHugh Currently working out of Berlin, Kevin McHugh has spent the last decade living in the German capital or New York and in a sense; these two metropoleis represent the contradiction at the heart of his Ambivalent persona. On the one hand the reckless freedom and hedonism of the Berlin subculture, on the other the more considered, conceptual approach of its New York counterpart. As a result his idiosyncratic sound lies somewhere between the two, a precarious balancing act that manages to infuse stripped down, finked up minimal techno with a distinct sense of purpose, often defined by a pearl of an idea around which his skeletal grooves revolve. After growing up in Washington DC on a balanced diet of Acid House, Go-Go and Punk, his active involvement in the electronic scene began in New York in 2002, producing a series of memorable parties for Creative Time in the base of the Brooklyn Bridge. Fusing house and techno with experimental multimedia and urban installations, Kevin was quick to recognise connecting patterns of value between these art forms, with temporal, physical, spatial and minimal elements among the most obvious common denominators. If one person embodied these principles through music it was Richie Hawtin. The pair were soon working together, co-producing the Plastikman show at Mutek in 2004. The planning process meant spending the best part of a year in Berlin during which time Kevin assimilated into the scene. Energized, he returned to New York and besides co-presenting the Nerd Tank on East Village Radio, he began working on his own compositions, which quickly led to a debut release on Camea’s Clink label in 2006. His event organising activities also intensified, buoyed by the network of DJs and producers he’d met in Berlin. It was after one particularly intense party, that Kevin set to work on a new track. Extreme images from the event were still flickering across his mind as he picked up his studio mic and, in a flash of inspiration, laid down a twisted, one-sided conversation in a single take. He passed the resulting track to Troy thinking it was just a bit of fun, a tongue-in-cheek parody for his friends to play. Within days Richie was telling him - the track was blowing up, the dancefloor reaction to R U OK was unbelievable. What followed was beyond his wildest imaginings as the track went global, topping charts around the world aided by Ali Demirel’s tripped-out video interpretation. By 2008, the gravitational pull had become too strong to ignore and he returned to Berlin, hooking up with the Minus community and embarking on a non-stop schedule of live shows and DJ gigs. 2009 also saw him join the line-up for the London Contakt special as well as the release of several remixes, a JPLS collaboration and his own follow up EP is 5. 2010 holds even more promise for Kevin, with back-to-back releases. Rumors shows another quirky wordplay, voiced by a character twisted in knots trying to learn the meaning of all the gossip floating around. His second release of the year comes on strong with a dancefloor bouncer Down accompanied by an aggressive vocal challenge. With a DJ mix and an album in the works, it's already becoming more interesting by the day. Ambivalent by name, ambivalent by nature, Kevin McHugh insists we shouldn’t read too much into his ideas, but as long as he continues making such bold musical statements, that