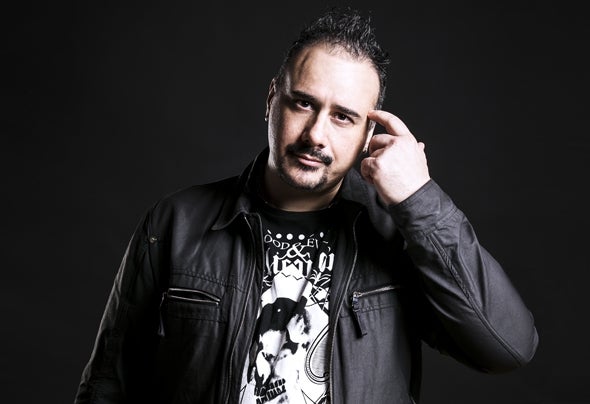 Deejay since 1993, Maxie Devine has been Rocking the decks since 2007, when Steve Angello discovered Veerus together Maxie Devine.He sets out to leave a mark on the international music scene with his work as producer and Dj.With such an impressive pedigree under his belt, he sets out to blast dancefloors with an eclectic and edgy sound, crossing in between house and techno, sporting a sound in continuous evolution.He remixed tracks for artists the likes of FATBOY SLIM, NOIR, STEVE ANGELLO, TODD TERRY, WALLY LOPEZ, just to name a few; and his music is continuously finding the support and acclaim from fellow DJs such as Carl Cox, Fatboy Slim and many other name from the star system like Sasha, Richie Hawtin, Green Velvet, Coyu, Pan-Pot, Tube & Berger, Sharam, Roger Sanchez.Hits such as "Mouses ate my proteins" "Censored" "Cars" "The Sound" "My Beat" amassed thousands of views and plays on the legendary electronic music portal known as beatport.com, one of the most popular sources of new sounds for electronic music fans, djs and producers alike.Maxie Devine sets out to earn a nomination by Sasha as best producer in 2008, as a testimony of his growing popularity. In 2013, he teamed up with Suara, from Spain, ranked as number 1 label and the most charted of 2013 on Resident Advisor.Watch out for a stellar 2014, with a lot of new music, including 3 tracks within Beatport's top 10... at the same time!Don't forget to listen to his "Le Club Culture" Radio Show!