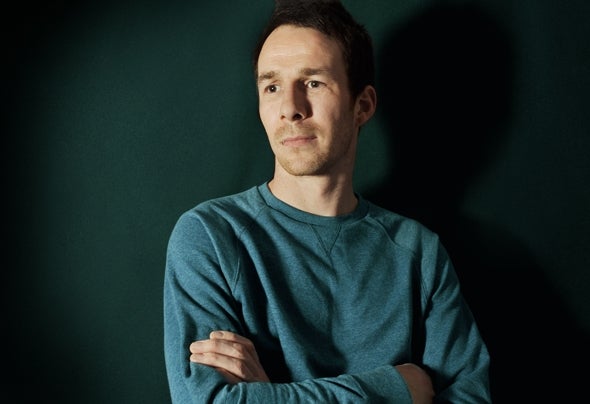 Keiren Lomax has had his fingers in many different musical pies for years now. The Bristol born DJ and producer was first turned onto the dance thanks to the sounds of Easy Groove at Fantazia and immediately began collecting vinyl. As scenes changed and Keiren matured, Bristol’s famous jungle scene swept him up and took him under its wing and, before long, he was a resident at the city’s Apex party and soon went on to play further afield around the UK.Following a Sound Engineering and Recording Course, Keiren focussed on making his own sounds and was soon releasing on labels like Moving Shadow, Tech Itch and his own imprint Ice Minus Recordings. For the last seven or so years, though, he has been best known as Komonazmuk, a producer who operated in dubstep and post dubstep realms on leading labels like HENCH, Tempa and ApplePips as well as remixing the likes of Bonobo, Paul Woolford and Emika amongst others.“I think my earlier productions were pretty dark and reflected where I was at in my life. I was an angry kid so I did tend to listen to darker more aggressive stuff,” says the man who was asked to perform on Mary Ann Hobbs’ influential Bristol Rise Up show on Radio 1. Since then he has gone on to perform across Europe and the States, as well as headlining Sziget Festival in front of thousands.Like all good artists, Keiren has continued to evolve, mature and explore ever more diverse sonic sources. As such, he has recently branched out as Komon, shifting slowly away from dubstep and more toward the constant punch of technoid kick drums, subtly delayed melodies and forceful low ends.“I find it nearly impossible to write dark stuff now so I guess I'm in a happy place and this is definitely reflected in my recent works. I’ve moved over to Ableton and I think this has changed the way I write and build up ideas - I no longer sit and procrastinate in trying ideas, I just do them.”It’s an approach that has pricked up the ears of all the right people, with Komon EPs coming on ApplePips alongside label boss Appleblim, as well as on HypeLTD with Bristol peer Arkist. As well as that there are several new remixes in the pipeline and a solo 12” on the esteemed Aus imprint in summer 2013.