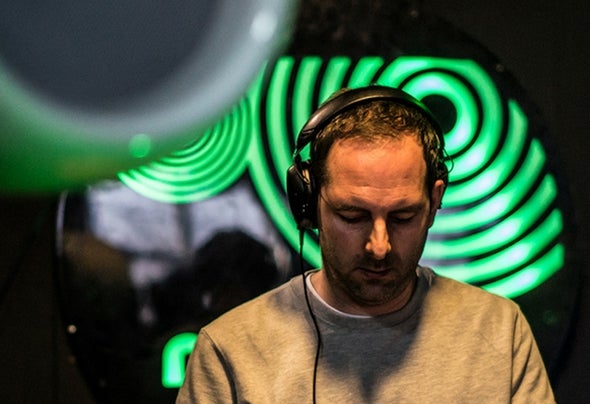 Over the last few years, Bodyjack has been confidently carving a path very much his own through the stormy and unpredictable waters of electronic music, and refreshingly doing it on his terms.His early productions on Hypercolour, UTTU & Ultramajic showed incredible depth and dance floor sensibilities, frequently mastering that difficult line between genres that producers seek, but often fall short of (and often sounding contrived when trying). His vinyl-only label series “Bodytrax” (co-run run with Clone.nl ) is an ongoing outlet for these productions; one that ebbs and flows through his passion for creating what he feels like organically and not what’s being hyped at the time. Drawing on his years of experience as a DJ and not being one to settle simply for getting the job done, his output is renowned for being incredibly effective and standing out in the sets of DJs the world over, with his music consistently featured on Radio 1 shows and essential mixes.On the other side of things, his early days saw him in the DMC DJ Championship, then cutting his teeth worldwide as a techno DJ (including a residency at the UK's most respected parties “Atomic Jam” in Birmingham). His lifelong obsession with seeking out and collecting music has also paid off in spades in the form of his vast enviable record collection. Armed with these experiences and credentials, he is known as a technically skilled and incredibly intuitive DJ, taking risks where they count and never playing the same set twice. Tapping into his love affair with music and working the floor, he prides himself in being able to play pretty much anywhere, be it techno, electro & EBM in the main rooms of Berghain or Fabric, jacking Chicago and acid house alongside the originators in the “Dancemania Mixmag Lab”, or electronica & beyond supporting Leftfield on their Leftism 22 UK arena UK arena tour in 2017. His mixes for FACT, DJ Mag, Mixmag, Rinse FM etc have been incredibly popular and he’s just getting going.