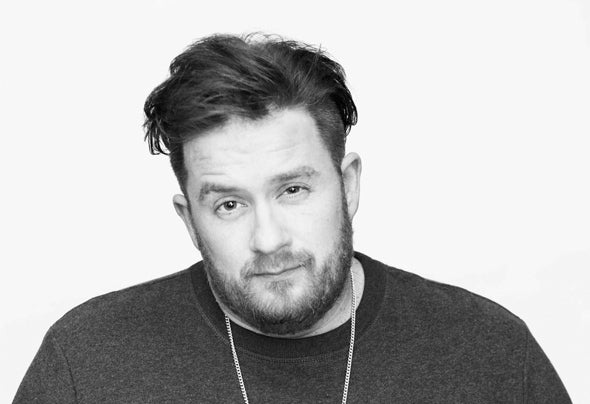 Eats Everything, aka Daniel Pearce, is at the forefront of a very rich history of talented DJ’s and Producers to come out of Bristol, England. The larger-than-life beat maker made a rapid and far-reaching impact on the electronic music scene in 2011 when the fittingly titled debut ‘Entrance Song’ was released on Catz N Dogz’ ‘Pets Recordings’ imprint, and the track went on to become championed by the likes ofCarl Cox, Seth Troxler, Jamie Jones, and Pete Tong on BBC Radio 1.His mashup of Tiga vs Audion’s ‘Let’s Go Dancing’ – humorously entitled ‘Dancing (Again!)’ – was one of the biggest breakthrough hits of 2015, and he was soon spinning his own unique take on one of the most iconic underground dance records of all time, Green Velvet’s ‘Flash’. Eats Everything has since become one of the most in demand remixers in the business, proving his remix abilities by adding the Midas touchacross a wide range of tracks from the likes of Fatboy Slim, Niles Rodgers, Jamie Jones, Disclosure, Four Tet, Matador and Booka Shade.After winning DJ Magazine’s ‘Best British DJ’, and becoming the only DJ ever to perform two BBC Radio 1 Essential Mixes within the space of a year, Eats Everything debuted at #13 in Resident Advisor’s Top DJs poll during 2012. A technical wizard on the decks, his obsession with House, Techno and Disco shone through immediately, displaying the ‘studio geek’ inside the Bristolian, which led to him mixing the‘Fries With That’ compilation on Hypercolour Records, launching it with a very special intimate Boiler Room set in Bristol at the beginning of 2015. Stepping things up a notch, he later took on one of the world’s most acclaimed mix series, fabric 86, in honour of the iconic London superclub - firmly cementing him as an underground DJ.