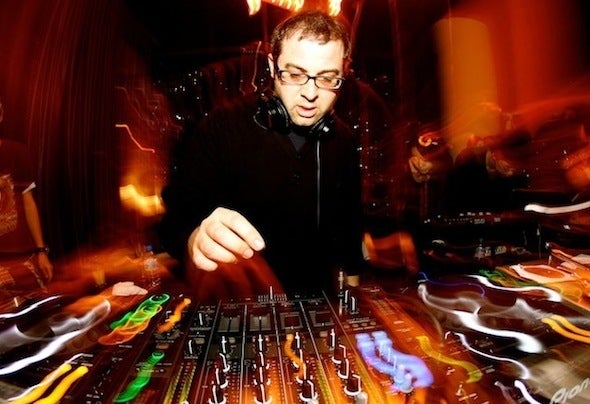 Scottish born and currently Berlin based DJ/Producer Danny Berman (aka Red Rack'em/Hot Coins) has had a pretty hectic last few years. In 2009/10 he performed at the Radio 1 Worldwide Awards, Snowbombing, Garden Festival, Glastonbury and The Big Chill as well as releasing massive house and disco records on record labels including Tirk, Untracked, Home Taping and Undertones. Danny is... also an acclaimed remixer for artists such as Tricky, Jazzanova, Joubert Singers, Wave Machines, The Revenge, Ron Basejam and his Smugglers Inn radio show/podcast regularly pulls in thousands of listeners around the globe with upfront selections and guestmixes from the likes of Andy Blake and Greg Wilson. In October 2010, Danny launched his own label Bergerac with ‘How I Program’, which was a cross genre smash and supported by a wide range of DJs including MCDE, Move D, Kyle Hall, Joe Goddard and Four Tet (who included it on his much lauded Fabric Live Mix in 2011). Detroit legend Mike Huckaby recently commented ‘You are done making records man’ in response to Programs wonked out bass heavy nihilism. November 2010 saw the release of his critically acclaimed debut album 'The Early Years', a mix of deep house, disco, beatdown and electro boogie which was awarded album of the month by usually technoid German dance bible De:Bug Magazine. Danny launched the album in Tokyo with a week of gigs and press and continued the Early Years album tour into 2011 with DJ dates in London, Paris, Berlin, Moscow, Belgrade, St Petersburg, Bristol, Amsterdam, Vienna, Zagreb, Rotterdam, Tallinn and Helsinki. A much-needed move to Berlin in March 2011 re-invigorated his enthusiasm for music production and 3 weeks later he was off to Australia for the first time for an inspiring tour down under. For the latter part of the 2011 he was holed up in rural Austria mixing down the Hot Coins album and preparing the second Red Rack’em album for prestigious UK label Ramp Recordings. 2012 looks like an even busier year with singles and an album for Ramp, more Bergerac singles, the Hot Coins album being released (on a prestigious German label), the launch of the Smugglers Inn label (focussing on the new talent unearthed on the radio show) and the formation of the Hot Coins live band. Phew….