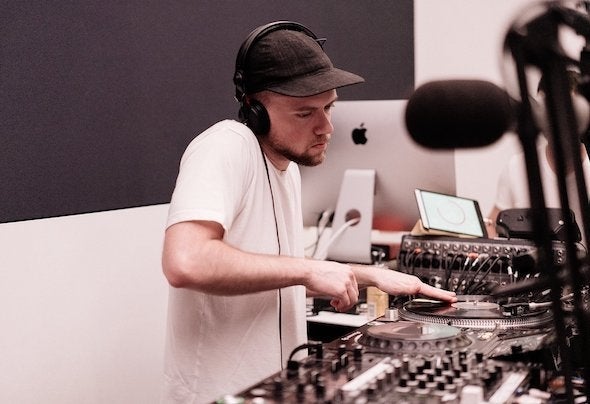 Justin's coming-of-age as a fan and creator of dance music took place amidst the wide expanses of central Illinois. As a kid growing up in the state’s tucked-away capital of Springfield, he played drums as a jazz percussionist in school. While most of his peers were tuned into pop music, Justin was wearing out self-made mixes and classic disco compilations, workshopping new-wave influenced beats in bands and DJing college parties. A post-graduation move to Chicago led him to work for the influential dance music blog Little White Earbuds, opening him up to fully experience the city’s thriving underground house and techno scene. A Midwest-born and raised DJ, Justin has played at queer parties such as Wrecked, Queen!, The Carry Nation, Horse Meat Disco,Honcho and Club Toilet, and has gained a following all over the world with appearances at clubs like Smartbar Chicago, Panorama Bar, Is Burning Amsterdam, Razzmatazz Barcelona, DC10 and Lux Fragil. His bold, acid-flecked distillation of house and techno has found a home on the labels that are helping to shape the current landscape of transgressive body music, including The Bunker New York, Detroit’s Interdimensional Transmissions, and Honey Soundsystem Records. Justin's sound is defined by snaking acid lines, whip smart drums and offbeat rave melodies that have resonated with DJs and dancers from Detroit to Berlin. An unabashed party DJ with a depth of knowledge beyond the often cookie-cutter framework of contemporary dance music, his effective but uncompromising style has been featured in his Rinse FM show as well as mixes for series such as Beats In Space, Truants, MixMag, Phantasy and The Bunker New York’s long-running podcast.