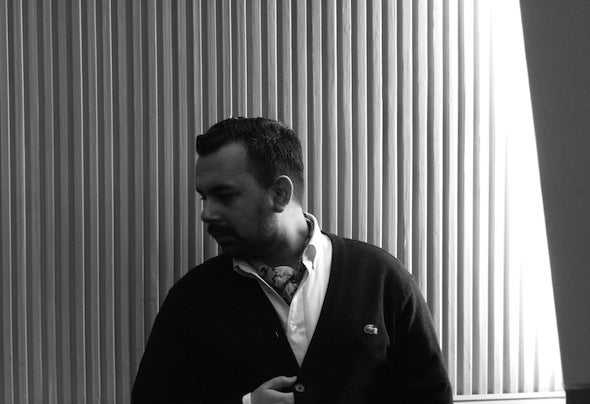 One could be very challenged and even confused looking at Quell’s output so far. Although a relatively young artist in terms of discography, the producer has already made it clear that he is very little concerned about sticking to one style of music or a certain scene of musicians. It is so rare these days to find individuals who have a bold approach towards dance music, pushing genre defying DJ-ing and general diversity, not only in the studio but also in life. Ranging from mid tempo deep house and afro-beat house/techno, to straight up Chicago/SF jackin’ house, he has worked with labels such as Ibadan, These Days, Boddhi Satva's Offering Recordings, Kolour Recordings and Blockhead Recordings to name but a few. Quell’s music is an amalgamation of images, sounds and nostalgia that derive from his perception of a universal “club sound”. Coming from an indie pop/rock background and having lived in London for a long time, since the tender age of 17, he was able to witness the flourishing worldwide dance movement of the late 90s and allowed himself to be exposed to a multinational musical collage that would later influence his art immensely. Quell is a DJ's DJ. The words that would accurately describe his DJ performances are diversity, versatility and dance-floor perception. To quote the artist “…I’ll play almost anything I feel like given the right moment on the right dance-floor. House, Techno, Pop, Disco… I am generally against just filling up a bag with the latest batch of released records from the local record stores and going out to play wearing an imaginary blindfold...” If there’s one thing for certain, it is that as far as talent and promise go, Quell has plenty of both, and it won’t be long before he becomes one of dance music’s household names.