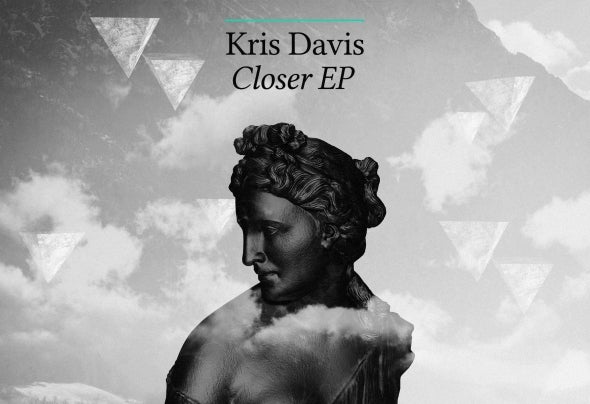 With support from some of the most respected names across dance music, from Pete Tong to B. Traits and Jonas Rathsmann, Kris Davis reputation may currently be ascending, but it’s always been an unusual musical journey for the Isle of Wight native.In 2016 alone, his brooding, uncompromising ‘Delta’ EP on UK label Needwant has earned much play and plaudits for its vital combination of offbeat electronica and big room techno, which DJ Mag rightly praised for its “shimmering intensity.” Meanwhile, his two track ‘Aura’ EP on Alex Niggemann’s Soulfooled imprint, a much respected outpost for fresh talent, found Davis on even greater melodic and melancholy form, a style also flawlessly showcased on another ecstatically received release, ‘Bleak’, on Christian Loffler’s ‘Young Alaska’ label.As well as appearances on compilations for like-minded labels such as Connoisseur and Save Us, Davis is also a prolific yet selective remixer. He has confidently asserted his widescreen but detailed touch to music from likeminded musical souls including Aemes, Ashworth and a powerful rework of Rudy’s ‘Transformation’ on Subjekt recordings, which quickly rose up the Beatport charts to become an unexpected but deserved cult hit.Davis has also delivered a series of compelling additions to a series of tastemaking podcasts, including Getting Deeper, When We Dip and Data Transmission, each providing a different flavour of Davis’ extensive record collection and versatility as a DJ, as demonstrated by a back catalogue of European and Asia-wide club dates supporting the likes of Dixon, Sub-Ann and Daphni.Unafraid to scratch beneath the surface of his own music and others to deliver something memorably deep, not to mention deeply memorable, Kris Davis unique, vulnerable take on techno continues to capture unexpected imaginations.